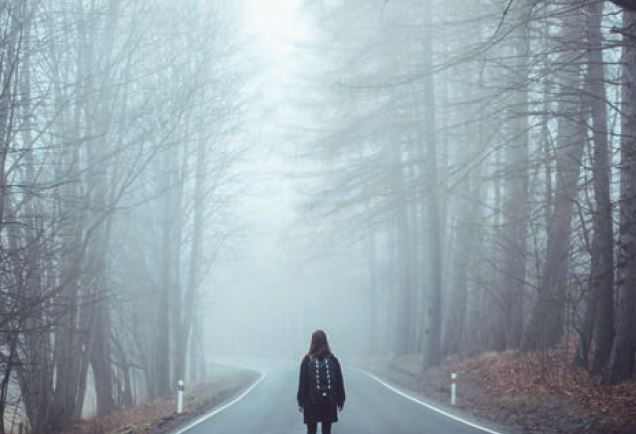 We are thinking beings, and this is a great thing, because living by instinct alone does not accord with the nobility of the creature willed by God as the crown of all creation. If having thoughts is something automatic and sometimes even unmanageable, what to do with them is our great responsibility. First of all, it is not enough to think to be sure of having right thoughts and the fact that they are our thoughts does not authorize us to impose them on others, nor to believe that they must be immutable, just and worthy of being defended at any cost.

Rather. Reflecting and listening allow us to clarify, clarify and even change a certainty that we seemed to have as a definitive conquest. I imagine that Giacomo Leopardi was guided by this thought when he wrote that "the word" perhaps "is the most beautiful in the Italian vocabulary", and, I would add, in its various translations, of all languages, "because it opens up possibilities and not certainties, because it does not seek the end, but goes towards infinity ».

It is a word that liberates, because it is a humble word, I would say a word ready to serve, to accompany, but also to stimulate. It asks to go beyond the present moment, the certainty or the present conquest, to relaunch the thought towards larger spaces. It does not contradict and does not impose, but it does not passively give reason, out of desire for an easy peace. But even more prohibits trivial statements or impositions, often a source of arrogance.

"Maybe" does not contradict, on the contrary it respects the proposition of others, but stimulates it not to become a word that closes and compresses the spirit in a confined space, where there is no breath; it is like a true educator who waits for the disciple to advance and reach new knowledge by maturing his thoughts. If you want to bring about peace and spread it, it seems to me that this type of attitude is needed; even when in a fair and healthy debate you fight for a position, which is legitimate if it is not just for your own interest, it is important to leave the space of "maybe", otherwise walls stand up, marking hearts, even more than walls of concrete that divide cities and territories. The greatness of man consists largely in his ability to look at infinity without being afraid of it.

This can bring us back to another well-known text by Leopardi: "I am comparing that infinite silence to this voice (of the wind): and I remember the eternal, and the dead seasons, and the present and alive, and the sounded about her. So in this immensity my thoughts drown: and shipwreck is sweet for me in this sea ». If there seems to be a shadow of melancholy, I find that even more there is a breath of freedom and greatness that allow the other to exist, because he does not close his hands in the small space of "mine"; this gesture is the source of all world, social or family wars. The Gospel, making us walk with Jesus in simple human existence, but with a gaze and a breath that dilate the heart that he does not find and no longer places obstacles, accompanies us on this journey.

To give freedom to others you need to be a free person; free from everything inside us that knots, tightens and suffocates us: from fear of greed, from suspicion to all the feelings that make, even when we do not expressly want it, the other an enemy, like envy, jealousy, pride ... An oppressed person and even under torture can give freedom to his tormentor, another who is attacked in an unhealthy and evil way to himself not only does not know how to leave freedom to others, but cannot live it even in herself.

Of course "maybe" can also become a refusal or a mockery: all words can also have a distorted meaning; it's up to those who use them to be honest with them.