Man and his garden 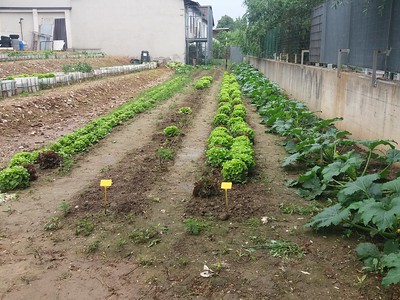 Once upon a time there was a man. He lived in a large garden, full of fruit trees, and the animals were his friends. He then he sinned and was cast out of the garden. And he had to work. The effort was hard. He tried to reap the benefits, but these were no longer enough. He tried to hunt the animals, but they were difficult to hit and often killed the children of man. He sought tools to extract the food he needed from the earth. He had invented the technology.

For millennia he held it in check, then it burst in his hands. And the atomic bomb went off. And chemical pollution broke out. The man, then, was afraid. (...) Technology can help liberation (if man wants to free himself) from selfishness, violence, oppression, exploitation. Technology can be an instrument of hope. Of hope for today and hope for tomorrow. It can help to give energy to those who need it to extract water to drink, to desalinate the sea, to irrigate the land, to move industries. It can help those suffering from a physical handicap, those who are ill, those who fear sudden death.

But we must have faith in man and in his instrument, technology: we must use it to the end; we must study and work hard to bend it to uses of peace and not of war, of development and not of exploitation. It can give hope to break the terrestrial limits that force humanity to a slow agony on the planet of limited resources and on which life inevitably dies out. It can help him move around the solar system to break the isolation and to seek out new energies and new resources. With his help we can hope to expand life, consciousness, love, truth, without dramatic fears for survival, in the tranquility of being able to give bread to all, freedom to all, human dignity to all.