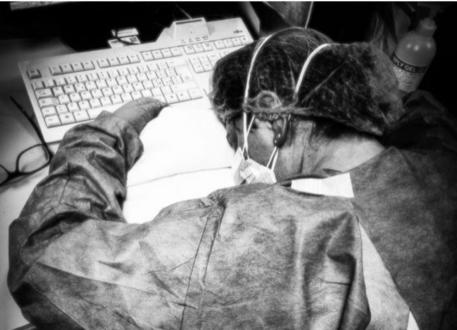 2020 has been and continues to be a particularly difficult year. The health emergency, which hit the world hard last spring, is intensifying again with the arrival of the cold, after the partial summer lull.

On 2 June (Republic Day), while Italy was at the beginning of the restart after the lockdown and the regional borders were being prepared to reopen, President Mattarella had appointed 57 people to Knights of the Order of Merit of the Italian Republic who have distinguished themselves in the fight against the virus: doctors, nurses, pharmacists, researchers, volunteers, ordinary people who, while everything was closed, opened up to others ...

A few days ago, after a few months, the official award ceremony took place and the President himself explained that this time frame also has a meaning. "It depicts the need that the merits acquired by so many people in those dramatic months are not exhausted in the memory of one day, but remain, without removing what happened and the work of many who are generously committed".

This difficult passage in the history of our country and the world will not be easily forgotten, but at the same time the gratitude towards many health workers and ordinary people who have not spared themselves will not fail. Even in the greatest tragedy there is an opportunity to rediscover oneself more human, without putting one's life on standby.

«It is a recognition - added the President - for the sense of community, for the civic conscience, for the sense of responsibility. These honors also have a meaning of trust of our country. We are once again in a difficult moment, which does not require only the skills to face it, but also the confidence in the possibilities our country has to overcome it ».

In this time many are expressing their opinion, some with great concern, some in totally opposite ways, some closing themselves in their little world and others raising their voices. Personally, I believe that two aspects should guide our actions: the sense of responsibility and the opportunity to reflect more deeply on the meaning of our fragile life. Otherwise, when it is all over, many will have survived the pandemic, but who will have really lived?