Let's start from the other

Believers know well that faith asks for compassion, mercy and attention to the human 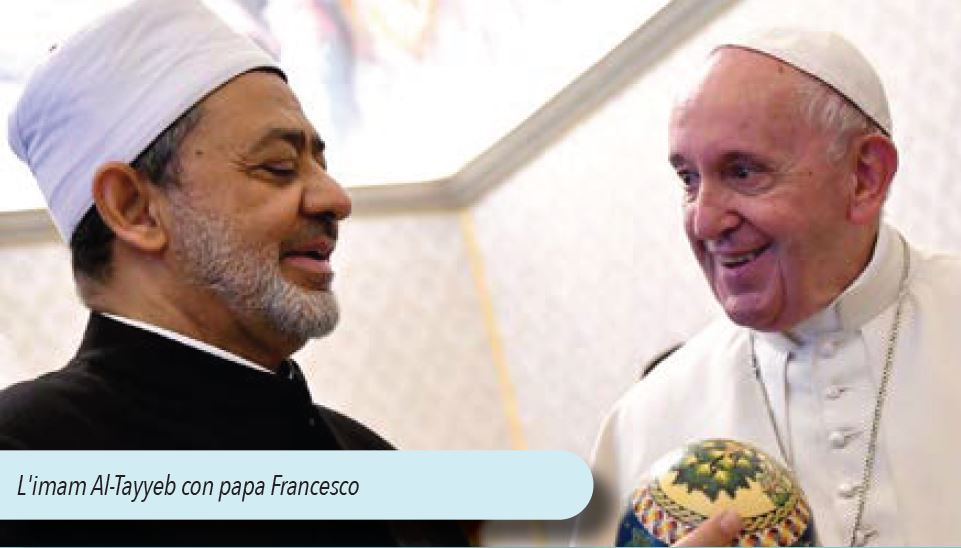 The Church does not claim to provide a solution to all the problems present in the dramatic situation of the contemporary world, but it can and must give, illuminated by the light that comes from the Gospel, the essential principles and guidelines for the fair organization of social life, for the dignity of the human person and for the common good.

This fundamental statute underlying the development of the social Magisterium of the Catholic Church, clearly engraved in the Pastoral Constitution on the Church in the Contemporary World Gaudium et Spes, promulgated by Vatican II in December 1965, re-emerged clearly in the recent visit of Pope Francis. in Cyprus and Greece.

They are the foundations of a secular approach, of speaking in the name of "an integral ecology", which does not enter into competition with scientific paradigms (the current state of science) or political (conservatism, liberalism, social democracy ... ) and which also makes the discourse on cultures that refer to systems of values ​​not directly inspired by Christianity relevant and challenging.

People and not money because only on the basis of social justice is violence lessened and lasting peace between peoples can be established. Ever since the Document on Human Brotherhood signed in Abu Dhabi with Imam Al-Tayyeb, Pope Francis had expressed the desire to involve religions and in particular Christianity and Islam, in the spread of a civilization of encounter. To do this, dialogue should not be considered a strategy to achieve ulterior motives, but a path of truth that deserves to be patiently undertaken to transform competition into collaboration, where each has gifts to make available to the other.

Collaboration is expressed in a particular way by living one's religious faith as a service to the cause of peace. Precisely in the recent Message for the 55th World Day of Peace, Pope Francis declines this theme according to three fundamental directives: dialogue between generations, education and work, considered essential priorities for building lasting peace.

It is difficult to dispute the relevance of these observations which, moreover, do not require explicit references to arguments of authority drawn from the field of faith. But believers, whether Christian or Muslim, know well that faith itself asks for compassion, mercy and attention to the human.

It is more complex to grasp that this attention is not in competition with the homage to the transcendent God: too often the erroneous belief that the alleged "rights of God" can be affirmed even to the detriment of those of men, has led to drifts of religions and idolatrous manipulations of the name of God himself.

Never before has the anaphoric repetition "In the name of the innocent human soul", "In the name of the poor", "In the name of the orphans", "In the name of peoples without security" resounded as revolutionary and prophetic ... which resounds in the aforementioned Abu Dhabi declaration. The believer knows that, in filigree, these strong anthropological statements contain the reference to the "Name of God Clement and Merciful", the one who calls his creatures to a relationship in the sign of brotherhood, which is the name of a matrix and therefore of a common belonging.

It is a question of understanding, in an "ethical" but not a moralistic way, that the other challenges us and in so doing educates us and changes us; he forces us to take a position, to get out of indifference, to give an "answer" (to respond, from which the full sense of "responsibility" derives). Starting over from "denied otherness" means looking beyond, jumping over the hedge of fears and indifference, to allow oneself to be contaminated. It is the beginning of an anthropological turning point which for the witness of the Christian faith is an eminently evangelical task: this is the ethics of transcendence that can bring together believers of different faiths and traditions and non-believers.