Demographics are not just a question of numbers, but of life. It is the key to understanding what society we will live in, with all that goes with it.
For Italy these are years of demographic winter: in 2020 just 400 thousand new births, there were more than 600 thousand in 2008, one million in 1964.
A trend that according to the Lancet magazine will lead our country to halve the population in 2100.
"What is happening is really a reversal," says prof. Gianpiero Dalla Zuanna, professor at the University of Padua, is one of the most authoritative Italian demographers.

In what sense?
“Until a few decades ago, the population of the countries we now call rich was relatively large, with such vitality that they continue to renew their generations. Now, for decades now, in rich countries, the number of children born is lower than the number necessary for the orderly renewal of the generation ".

What does this mean?
"Simple, a generation is renewed if the number of children is more or less equal to the number of parents. In Italy we now have a much lower number of children, more or less 1.4 children per woman. This means that from one generation to the next the population tends to decrease by a quarter.
Not only that, the children of the decline in births in the 70s and 80s became parents with us, so we have a further reduction in births ".

A society in which fewer children are born what society is it and becomes?
«The consequences of low fertility are mainly negative because they generally lead to poor sustainability of the welfare system. We live in a solidarity-type system, where the people who work pay for the services. We think of pensions, schools, health care.
It is a feature of our continent.
However, in order to maintain this type of organization, Europe needs a sufficient number of workers, people who produce income, who pay taxes, who take care of the youngest and the oldest. If the number is too low, it is obviously no longer possible to pay pensions, it is no longer possible to pay public schools, it is no longer possible to support a system of social solidarity. This is why a demographic imbalance translates into general suffering ».

How does it come out?
"Only in two ways: either through births or through immigration. In Italy, for example, migratory phenomena have profoundly changed the cards on the table, in the past they filled some chasms that had been created in the labor market, in particular on the manual labor market, and allowed the population to maintain a certain income. .
However, there must not be an opposition between migration and fertility.
If we want a balance, we need both of these levers to have the possibility of expressing themselves organically and in a harmonious way ».

So what is behind this decline in births?
«A premise is fundamental. All studies tell us that when a couple is asked how many children they want, the answer is always 2 or 3, the opposite of what then happens. It means that on an individual level we have a regret, a failure to fulfill the expectations, the desire for fertility and fecundity that people manifest.
This aspect is not good. It means that factors of a social nature are at play, of bad organization of society. In Italy the theme is evident, unlike other European countries such as France or the Scandinavian ones where many more children are born ». 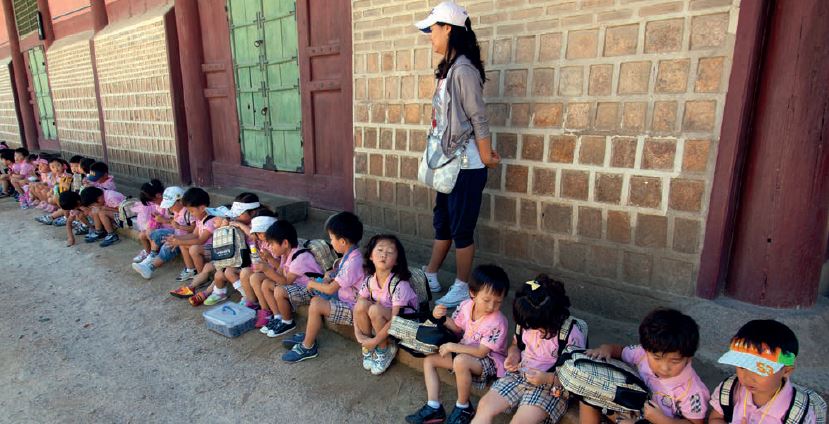 What is the difference?
“Those countries have different tax policies and a more effective network of family services. This means that having an extra child is not perceived by couples as an obstacle. In Italy, then, another problem arises, namely the strong precariousness that affects in particular the first phase of people's approach to work. In Italy it is quite normal to find a permanent job after the age of 30. Hence, virtually all young people burn the first half of their fertile life and continue to think about having children later on. Young Italians are entangled in continuous fixed-term contracts that follow one after the other without leading to stabilization paths that favor the birth of children ".

Is it therefore possible to reverse the trend?
"We must dispel the affirmation that people do not have children because they have become selfish, otherwise we should ask ourselves why the French are less selfish than the Italians! It is foolish! It is true that we are in a society where the individual counts a lot, his fulfillment counts a lot, but it is also true that in other European countries among the elements for individual fulfillment there is also the fact of becoming parents.
We must therefore remove the obstacles and follow the example of other countries. A very interesting example is that of Germany, which in the first decade of this century had fewer children than Italy and instead today has a higher fertility than ours ".

What did the Germans do?
"Basically three things: they have made services for early childhood more accessible and easier to use, they have extended parental leave when a child is born and, more importantly, they have issued a single allowance for children. For every German child from birth to 18 years, the state pays the parents an extra € 200 per month on average. It is not that the state must enter people's bedrooms, but remove, as it is written in the Constitution, the obstacles that prevent people from having the children they would like. "

So it is wrong to follow the sirens of those who say that the family as a life project is in crisis ...
"The family is anything but in crisis in the sense that in reality there are few things as strong in Italy as blood ties, those between parents and children and between siblings. What, if anything, is in transformation is the relationship of the couple.
The family is stronger than ever, in some ways even too strong, in the sense that its strength causes other social organizations to be overshadowed. For example, why do we have a welfare referring to the non self-sufficient that is much lower than what it would be needed? Because the families got by, especially through the carers' mechanism ".

The family alone, however, is not going anywhere. It needs to be supported, helped, even accompanied. It is often said that to educate a child you need a village ... How do you do it when there are no educational networks?
"The village needs to be built a little.
In today's societies that tend to be anonymous, atomized, where everyone stands for himself, everyone counts for the things he does more than for the things he is, we must feel the urgency of building educational networks, educating networks. It means that we must also create opportunities for children to test themselves, the possibility of having protected places where they can also make mistakes and discover their abilities.
From this point of view, no doubt the decades we have had of low fertility do not help, because children have a lot of cousins ​​or younger brothers. Being an only child, for example, doesn't help build networks. But we must do it anyway through friends, realities that we esteem, people ».

How long does it take to make up for lost time? And above all, how long will the effects of the current situation last?
"Unfortunately, the demography has rather slow recovery times because these 400 thousand who were born in 2020 compared to the 600 thousand who were born in 2008 will mean that in six years there will be much fewer classes than in 2014. The demography is made up of waves . Regulated migrations may be one answer, but it is not the only one. We will have no demographic recovery without a better development process. With stagnation, or even with the decline of wealth, even demographics are going to be blessed. We cannot recover the children we have lost, but with development the demographic structure can become more lively ».

What impact will the pandemic have?
“Demographers are wondering about this. The first effect of the covid was a freeze. When there is an illness and there are deaths, people become more cautious, maybe wait to see what happens before having children. For the future, it will depend on when we return to normal. It is possible that there is a demographic recovery, that is, who de he wished he had a son. We scholars are also curious to understand it ».