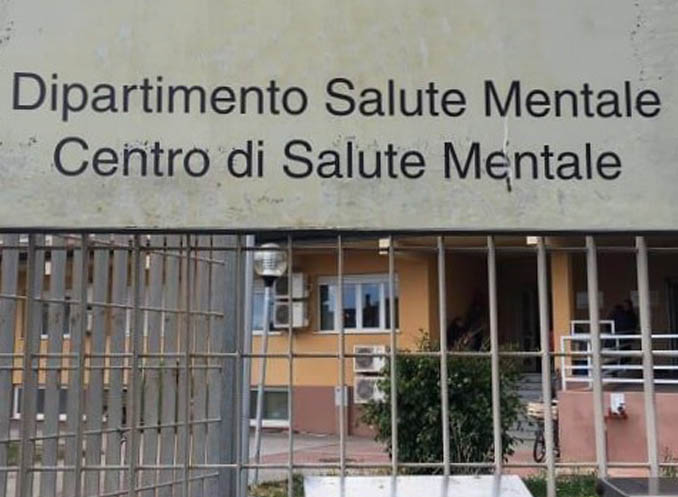 Psychiatry in Piedmont risks becoming a service only for the wealthy. To realize this, just go to any Mental Health Center (CSM) and in the general crowding you will understand that they cannot actually take charge of your situation. The staff is increasingly reduced and the psychiatrist already follows too many patients and is unable to follow others, the nurses are few and the psychologists as well. According to the Italian Society of Psychiatric Epidemiology, the effect is that in Piedmont the hospitalization rate with psychiatric diagnosis in non-psychiatric wards is almost tripled compared to the national average (+ 143.9%) and emergency rooms seem to absorb a significant proportion of psychiatric demand. with a number of accesses for psychiatric reasons 36.2% higher than the national figure.

Among the many people in need of care is Iasmina, 60 who for a few weeks has taken up residence in an old cabin at the beginning of a local market in Turin.
How it got there is a long story. The social services intervened, as did the Circumscription, but Iasmina said "that she did not need any help, nor an outpatient visit". She is her will to her, but can there be a free choice when you live on the street?
Does respecting the person mean leaving them free to sleep on the street? But it is right to use force towards a person who "does no harm to anyone" asks Mrs. Rosanna who every day goes shopping at the market, perhaps, she continues, "it hurts our conscience, as a fact that we would like not to see and not knowing, but poverty is here, they are not numbers, we must approach it ».

«The problems - Mario intervenes - were born in society and must return to society, to its context, it means that we all have to take charge of them.
No one has the magical ability to solve problems instantly, especially as in this case, the lady has been in trouble for years […] she needs trust ». So after a few days the commitment of the social services, the coordinator of the Circumscription, the family allowed Iasmina to return home.
It is a dull cry of pain that occasionally comes to the attention of the news and then seems to disappear, you can't see it, but the suffering continues, as far as possible let's not leave them alone.
As Iasmina's story teaches, when people get together, small glimmers of light open up and it is tomorrow.