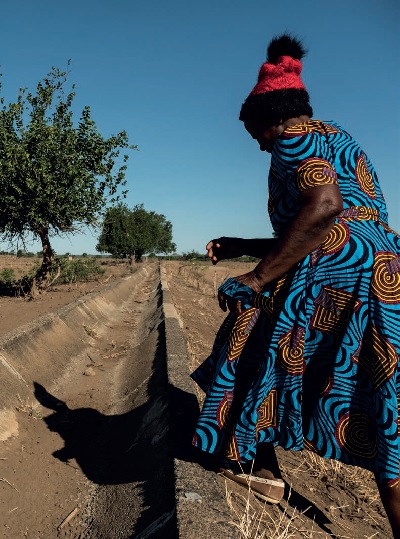 By February 2019, the rainy season was almost over, but the landscape was comparable to the end of the dry season. Chipinge, Lowveld, Chiredzi, Mwenezi and Beitbridge were just some of the villages affected by this problem. Drought is on the rise in areas of southeastern Zimbabwe.

The photo-documentary work, in collaboration with the NGO Terre des Hommes Italy, develops in close contact with the local inhabitants, comparing the villages that receive aid from the Humanitarian Associations operating on the spot, to those that are not yet reached by international media. This comparison highlights the need to act urgently on possible humanitarian disasters due to the effects of climate change. The impacts of drought negatively affect the lifestyle of rural villagers, whose food depends solely on crops (corn and wheat) and livestock. Without water, animals get sick, die and cultivation is reduced to a minimum. Dry river beds, falling water levels in dams, and empty wells are among the most common signs of drought.
Furthermore, the heavy rains in a short time have caused the destruction of infrastructures in recent years. Irrigation pumps, buried in layers of sand and devastated by the monsoons, only worsen the already deficient situation. The earth tears apart, creating real canyons in the fields and roads, isolating the villages even more. Thanks to funds from the Italian agency for international cooperation, a consortium of NGOs, including Terre des Hommes, are engaged in the field training local farmers and developing sustainable practices in agriculture and livestock to improve the resilience of rural communities in this region. . 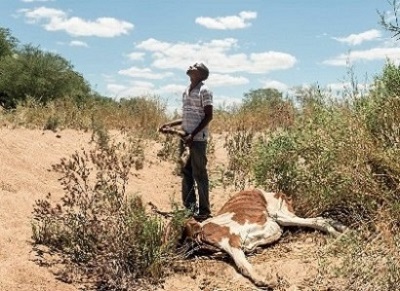 The Runde River, in the Chilonga area, is one of the main rivers in southeastern Zimbabwe. Although February is at the height of the rainy season, most of the river is dry. The emaciated cattle collapse and die trying to cross the river due to a lack of energy due to heat, thirst and hunger. The river bed is full of animal carcasses. 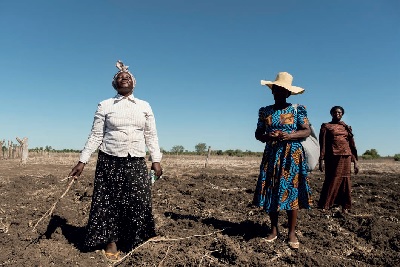 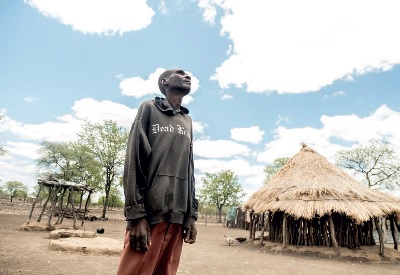 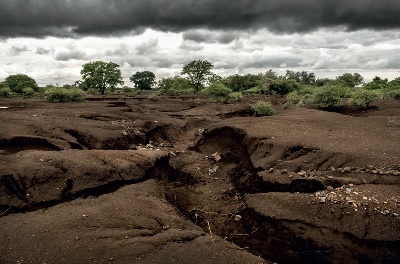 Calanques are a common feature of Chilonga and are also a testament to how the effects of climate change can indirectly cause soil degradation which is no longer able to absorb strong waves of water alternating with great drought. 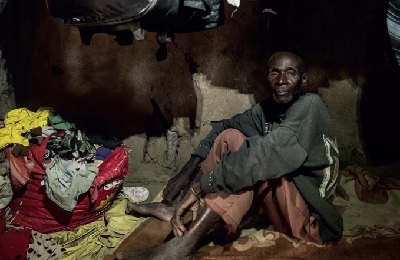 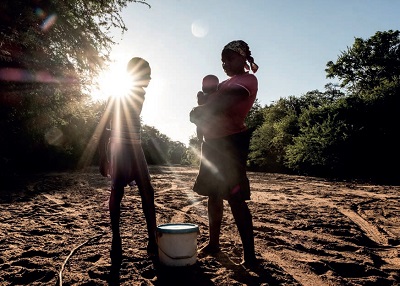 Mrs. Shoko resides in the village of Chilonga. When the irrigation system in the area was in operation, livestock was her main source of income. 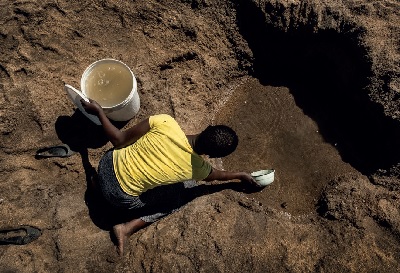 Despite being the rainy season, a girl in the rural village of Chilonga, southeastern Zimbabwe, digs in the arid bed of the Runde River, looking for water to drink. A strong cholera epidemic was also found in this area at the beginning of 2019.