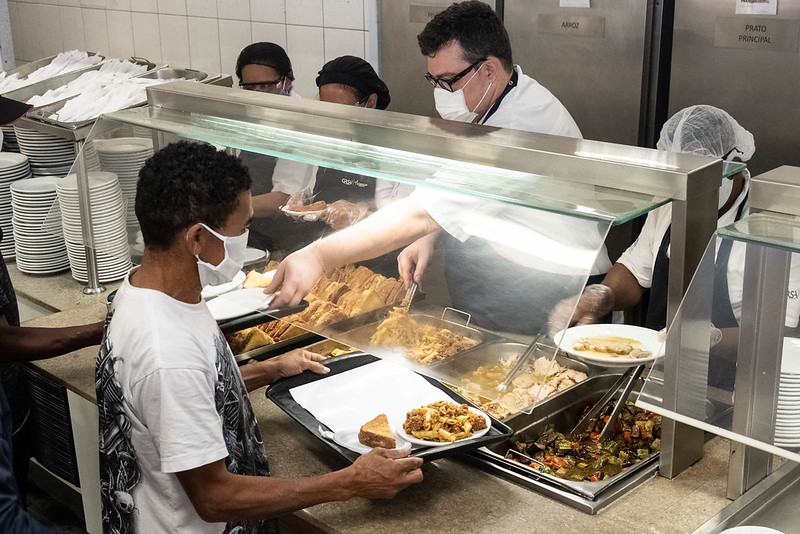 In 1948 the Universal Declaration of Human Rights enshrined in one of the first articles the right not to starve. A principle that is still valid today for over 7 billion people who populate the earth. Unfortunately, this right has been disregarded for many and for a long time and even today the data confirm the urgency to continue to proclaim aloud that being able to eat every day, possibly healthy food, is a fundamental right for everyone. This is why the goal of ending hunger is one of the points of the 2030 Agenda.

The latest UN report on food last July highlights that in 2019 almost 690 million inhabitants of the planet suffered from hunger. The largest number is found in Asia, followed by Africa. Many people, due to financial difficulties, do not have access to a healthy or nutritious diet. In total, around 2 billion people face moderate or severe levels of food insecurity. In this last year, the coronavirus outbreak is likely to bring additional negative effects. The data shows that the wealth available to the world population is sufficient to produce enough food for everyone. This clearly suggests that there is not yet enough political will to address the issue, both locally and globally.

Our story tells that it is possible to do something. In 1964 a group of young people began a journey as Youth Missionary Service and in their hearts they carried a dream: to defeat hunger in the world! This dream has always remained present as the Sermig has grown and taken more and more shape. Believing in this desire led to over 3,300 tons of food distributed in Europe, Africa, Asia and Latin America and nearly 27 million meals in the Arsenals in Italy, Brazil and Jordan. Much of this help comes from ordinary people. Recently an elementary class as a commitment in the period of preparation for Christmas thought of a gesture of kindness for the poorest. He organized a collection of food and prepared a large and beautifully colored box to be delivered to the door of the Arsenale della Pace. A drop that, together with many others, makes it possible to distribute around 750 shopping bags every month since the beginning of the pandemic.

What is missing to arrive at economic and political choices aimed at the well-being of all? Perhaps we need a change of mentality and attitudes so great that we become a new, modified human species. Sandro Calvani, former director of various United Nations and Caritas organizations, expert in international cooperation, says that you no longer need just a Homo sapiens, intelligent and rich in acquaintance, but a Homo Sapiens Solicitus, caring and wise, capable of knowing first of everything to take care of all his fellow men, because he recognizes them as brothers.