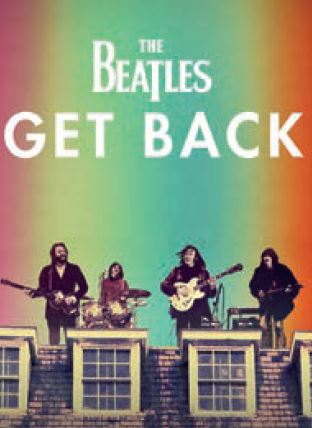 The superstition is a must but perhaps if you think about it it is still little compared to the advice of scientists and good sense of reason. But the cinemas and theaters have reopened and I like to think I can go back to the usual practice of proposing to readers "what we will see soon".
And in August, before returning to experience the magic of the fictional narrative of the many films waiting, an appointment stands out linked to a very special event for those who love the relationship between music and cinema.

GET BACK is the long-awaited documentary film that will tell in cinemas through unpublished images, moments in the studio and live performances the genesis of the legendary Beatles album Let it be, one of the last of the Liverpool group's discography. The film will show the entire last performance of the band of John Lennon, Paul McCartney, Ringo Starr and George Harrison on January 30, 1969 on the roof of the Apple Records building at 3 Savile Row in London.

The decision to include the entire performance was announced in a press release posted by the band on their website. The documentary is directed by Peter Jackson (three times Oscar winner for the direction of the Lord of the Rings trilogy) and through the digitization and restoration of the original footage and the use of unreleased audio and video Jackson, with the approval of the Beatles, he wants at all costs to change the history of the band, trying to deny the rumors that saw the Fab Four in full crisis and disintegration during that period.

"I'm really looking forward to this movie," said Ringo Starr. “Peter is fantastic, it was so good to watch all these videos. There are hours and hours of moments when we laughed and played music. It is nothing like the known version. There was a lot of joy in the footage and I think Peter will prove it. I think this version of the film will be much more peaceful and full of love, just like we were ».

And if you think about it I think it's so right to start from here. From a visual experience on the joy of a group of friends who meet once again to make music together. Like so many of us who have had enough of isolation and who want to meet in every possible meeting place.