Filautia, at the root of evil 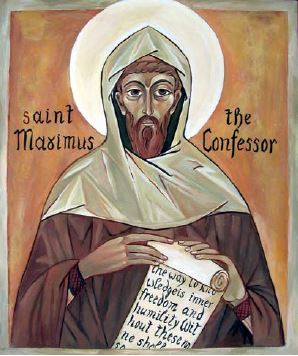 Filautìa, love of self: but isn't it the self-love to which they formed us, trying to do everything to the best and test our worth?
Doesn't self-esteem resemble a virtue of our day, maniacally pursued?
The term philautos is found in the Bible only in Paul: “… difficult times will come in the last times.

Men will be lovers of themselves, self-righteous ”(2Tm 3,1-2). But the whole Bible speaks of philautia: it is the tendency to selfishness that in the Gospel is defined as sarx, flesh. It is the satisfaction at all costs of every desire, because everyone has the right to happiness (isn't it also an article of the American Constitution?). In elementary reasoning, seeking one's happiness is serving one's own interest. The opposite of the Gospel and God's desire for us: overcoming personal interest by placing communion with God and with men and women, all brothers, first.

For those who come to look at themselves in the truth, it is a matter of making a serious and definitive choice: if they want to access spiritual and human maturity, the "transparency of the mind" that Evagrio talks about, freedom from any slavery of passions, all authentic love and a healthy relationship with others, to realize each one as much as possible that tiring return to the Creator of creation and of history, to remove every obstacle so that the Spirit can fully act in us ... then the philautia is the first only enemy to be killed. As a doctor from the symptom goes back to illness, let's be honest and recognize with St. Maximus the Confessor that our true cancer is the fear of death, the "king of fears", says Job, the root of all.

The physical death, of the body, which in the West is done everything to remove, but also all the small daily deaths that precede and prefigure the final death, suffering, illness, divisions, quarrels, breakups, abandonments. But not only that: above all the humiliations that derive from it or that we suffer daily in relationships with others and that we are no longer able to bear. Yet only humiliations teach us humility, the virtue par excellence, the virtue that makes us rise again with Christ. And so, to escape death we prefer to give free rein to our greed, sowing death around us and eventually committing suicide spiritually.

In order not to accept our limitations and our frustrations, it is better to devour the world like a prey. Such and such to Adam. It is the opposite of Jesus. For Adam to be like God was the prey to be conquered: he grabbed the tree to keep God's secret for himself alone.
On the other hand, Jesus opened his arms on the tree to offer everyone the possibility of receiving the secret of God as a gift, in total freedom from himself, out of pure love for the Father and for the brothers.