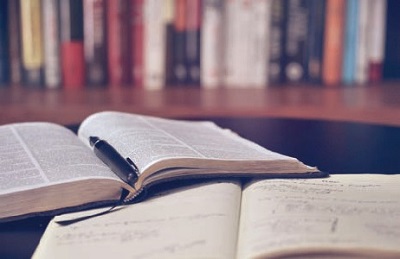 Another school year ended with all its farewell and passage rites, but it is certainly not an "end of the year" like many others in the past. A sense of disappointment seems to circulate among both children and parents for something that has failed, for a wait that has not found fulfillment. The feelings that some students feel today are decidedly particular, varied and changeable, because after all, for many of them the path made in recent months (but we could safely say in the last two years) seemed somehow "wrong", anomalous. . A 15-year-old girl struggling with the first year of high school - Francesca - told me: «In middle school I was one of the best, I liked studying, I went to school willingly. Now I can't read a single page without having to stop to catch my breath, everything seems difficult or even impossible… ». Gabriele, on the other hand (17, third year of a Technical Institute) confesses: «We students, when last year the closure of the schools was announced, we were all happy: staying at home for a couple of weeks seemed a perfect opportunity to an unexpected holiday ... who would have ever imagined that this would turn into a real nightmare? ». Distance learning? "As the months went by it became more and more exhausting ... The constant announcement of the return to school which was postponed from week to week only made everyone's situation worse." Others admit that they have often interrupted the connection with the remote lessons "by unplugging the camera and that's it."

The reason? There are many reasons. Out of boredom, out of disinterest, out of anger, out of fatigue, so as not to feel forced to always be under the gaze of others (but in any case alone), because at home spaces are limited and there is someone from the family who walks around and you don't want to show it, because you have the feeling that the hours and days all become inexorably the same, because prolonging attention and concentration while keeping your gaze on a screen turns out to be for many an undertaking bordering on the impossible… and for a thousand other reasons. The problem is that too many adolescents and young people are actually experiencing a sense of discomfort and disorientation that must be taken seriously. The latest surveys on the number of accesses of the youngest to the various emergency rooms of city hospitals for acute anxiety crises, panic attacks, self-injurious attitudes and other similar symptoms, against a background of widespread isolation, are truly worrying. After all, we are relational beings, we cannot live or function without the other and the various forms of "distancing" imposed by the pandemic have dramatically expanded the sense of loneliness. A few days ago I read an interesting article by Marco Gallizioli ("Rocca", fortnightly periodical of the "Pro Civitate Christiana" of Assisi, n ° 11, June 2021) who, referring to the recent end of the school year, states: year I register something new that has the dull colors of resignation and that has the sour taste of uneasiness in a not very high, but significant, number of students. Some guys seem to say, with their tired shoulders, with their sad eyes, that they are compassless, completely drifting from an emotionally unmanageable situation. They seem to need a defibrillator of enthusiasm, joy and vitalism, because alone they are unable to keep their eyes high, to raise their heads straight towards the horizon ». An enthusiasm defibrillator, that's what it would take. Even to many of us adults.