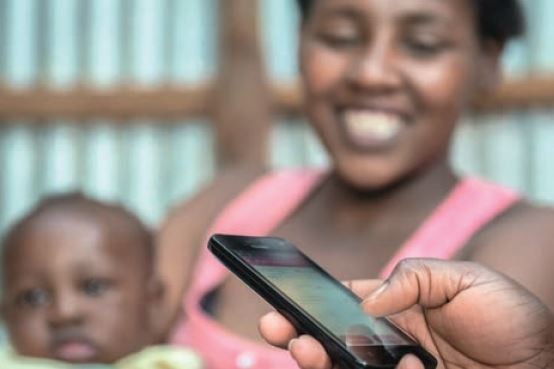 The pandemic and the consequent infodemic, the flood of often contradictory news and opinions on Covid-19, have obscured the already little news on Africa in the Italian media. It was inevitable that this was the case. But things are at least improving in the children's programs, those that build their imaginary, where the themes of racism and immigration were represented in a massive way in 2020.

This was stated by the health NGO Amref which presented the second edition of "L'Africa MEDIAta", a report by the Pavia Observatory that analyzes Africa in the representation of the media and in the imagination of young people from the end of 2019 to early 2021.
Let's start with the biggest hole. The analysis of six national newspapers - in the period 1 July 2019/28 February 2021 - indicates that the monthly average of news on the front page, dedicated to Africa, per newspaper, is equal to 10.
An average 55% lower than the 2019 survey, which examined in the first six months of the same year. The news relating to Africa and its protagonists in the Italian context sees a drastic decrease in the immigration theme during 2020, overwhelmed by health issues. While the topics for which we talk about Africa are war and terrorism (in first place with 34.4%), while Covid on the continent is at 1.7%.

In the TV news it goes - in the same period - even worse, there is only 1.6% of Africa-themed news. The two peaks of attention are between December and January 2019, with the Libyan crisis and in February 2021, with the killing of the Italian ambassador to the Democratic Republic of Congo, the carabiniere and the driver who were traveling with him. Prevailing themes concerning African countries are: war / terrorism (32.9%); politics (28.7%); migration (12%). Sport (2.1%) and culture (1.3%) close.
On Facebook - 8,419 posts analyzed from 18 media pages and 21 humanitarian organizations, in the period 1 January / 31 December 2020 - the key words at the top of the issues are two: "Libya" for the media; "development" for NGOs. Two terms that - according to the researchers - frame two opposite perspectives.

Yet Africa is Italy's sister, if only for geographical reasons we should be much more interested in understanding its problems and being more informed. Not to mention terrorism and immigration, closely related issues, but also for the many people who work in Africa in cooperation and solidarity projects or for Italian companies. In short, Africa goes through our daily life as Italians and Europeans more than we think, yet we have a look at the continent richest in resources and humanity on the planet that stops in Libya, clouded in the local media by political squabbles. .

This situation is the result of a bad information policy of the Italian media. German TVs, to look at a European nation that does not have a long colonial history just like us, dedicate specific news to many countries and even finance training courses for African journalists with cooperation funds to raise African public opinion. democracy. According to Amref's study, something is changing in the imagination of young people here, who are able to see the dynamics of racism and discrimination within the products they look at, who complain about lack of normality and everyday life, who want to know, for example, how their peers live there and the migrants live here. So let's go to Africa school for those under 20 and ask for more global information so as not to be caged by ignorance and lies.