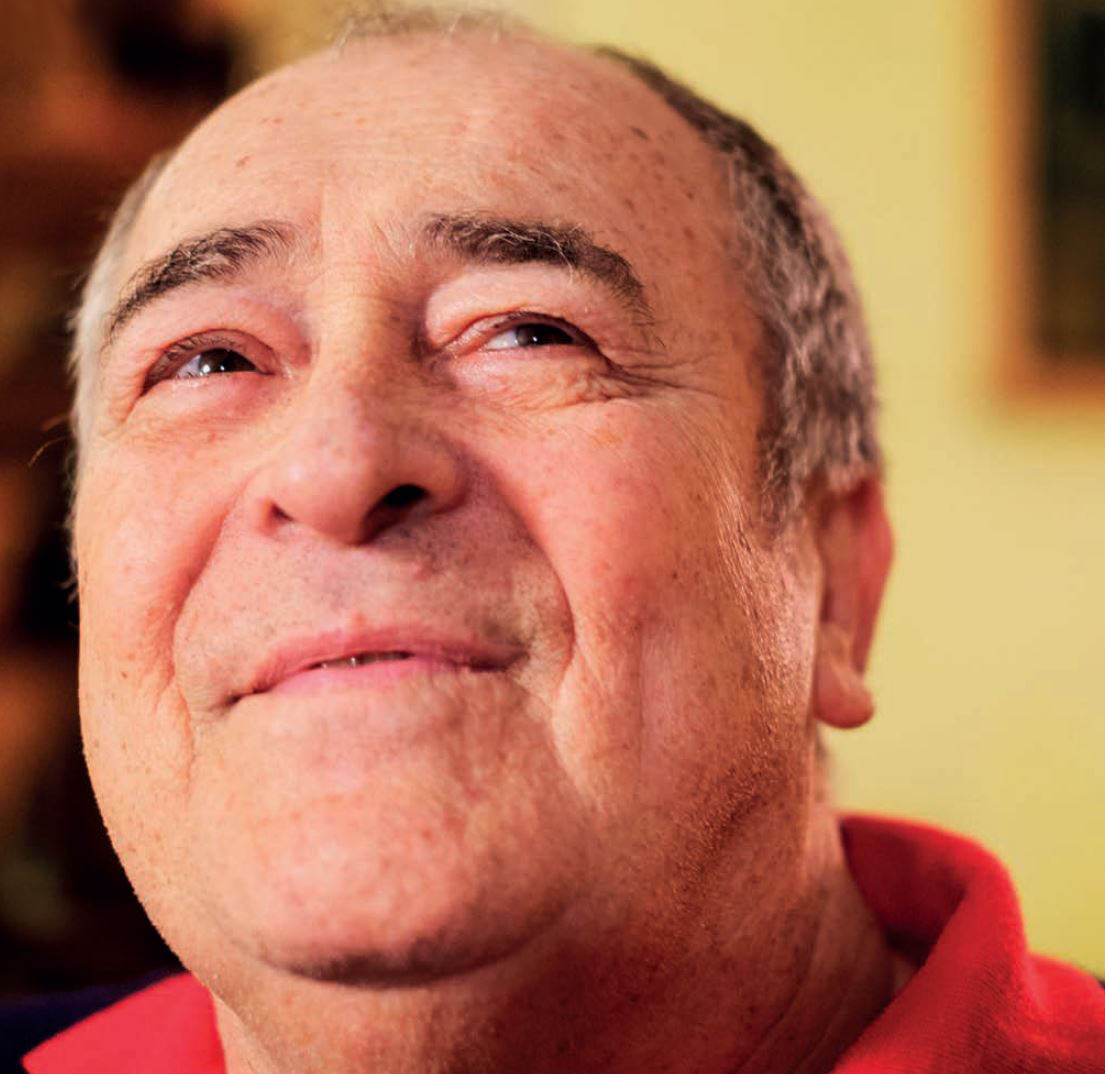 Rome, November 26, 2012
I often ask myself what is the fuel that feeds the "dreamers".
«Give me a logical answer so that I understand that life is not only staged.
Make sure that a door is always open, even when you are on a set, and that a camera remains on aimed at that door ".
When an unexpected event bursts onto the scene, the magic of cinema is triggered: always remain alert because if it happens, you have to be ready to capture it without stopping the scene, whatever the cost! Woe to stop because the chaos of life can never be stopped. It is really true to order confusion is the director's job.

On a spring day at the end of November, I was surprised to learn from my friend Michelangelo (Dotta) and Professor Liborio (Termine), both cinema teachers at the University of Turin, that Maestro Bertolucci would be willing to make a long video interview with his home in Rome, at his domicile in the Trastevere district. When we arrived, the Master was ill and we almost ran the risk of not doing anything about it. We spent an hour in a state of apprehension walking up and down the sidewalk in front of the American University where the building that houses the Roman accommodation of the well-known Emilian director is located. It is a gray road that turns into technicolor when crowded with tourists, with the only defect that you can't see the leaves of Trilussa flying in the Roman wind because there are no trees around.
After an hour we were joined by the personal assistant who invited us to enter, the Master would join us shortly thereafter.

Crossing the entrance of that patrician building I felt a sense of loss between the threshold and the armored wooden door, internally covered with a thick red padding like that of certain luxury sofas, like that of an isolation cell of an old psychiatric hospital , and the presentiment that everything that passed before, during and after our passage, would be transformed into the dust of memory that accumulates on objects, under the carpets.
After 20 minutes, the time to prepare the cameras and the lights, the Master materialized by popping up from behind a red curtain like those that separate a corridor from an audience. He met us and welcomed us without too many pleasantries. I figured he always behaved like this on set. He put his eye inside the loupe to see and evaluate where I had planned light and framing, made a small correction and with a nod of approval he smiled at me.

10 seconds of that lucid, penetrating gaze was enough to pierce me. Imagine what a person who studied photography and cinema might have felt in such a privileged situation, when time stops and every shape is distorted. Suddenly I noticed that in that space large enough to accommodate a private cinema, the hole from which the light beam comes out during projection emerged from a completely white wall, the same one that after a short journey upside down will straighten by spreading on the projection screen the emulsion of a parallel reality.
This is cinema, a small tungsten light bulb that when it heats up is amplified like the sun by the lens of the projector which, going against the current, retraces time backwards.
This March 2021 Maestro Bernardo Bertolucci, a mountain of world cinema, would have turned 80 years old. He was born in Parma in 1941, the same age as my father, only one month older than him. I felt a sensation of immediate affection when I saw him move in a wheelchair and I told him: "This device has the same" legs "as my father, he is in a wheelchair too, but she, Master, seems to move better! Would you mind moving a little to the right? Well, with the warm light of the abat-jour a beautiful photograph will come ". "You say?".
He refixed me ... I suffer from the eyes, I fear the look: are we sure that the eyes are not sponges and all the images collected during a life journey do not remain together, floating there? That state of health compromised by his illness had not made him ugly.

However, I would not find it hard to believe that the light now hurt him more than a slap.
On the sides of the room voluminous curtains of red velvet, thick, red reflections and warm tones drawn.
On the walls some watercolor sketches probably made by him himself. It was as if Vittorio Storaro was there in some other room checking the lights.
I realized that I had entered the temple of pain where objects conquered in a lifetime have lost their dignity, that of a simple look of pride. The impetus and vitality of those who carry the scent of true evil with them. In a minute Bertolucci was interested and talkative and asked me what I thought of cameras that shoot videos: "We could make a Maestro film with it, if only you wanted to, I'll leave the shot to you".

Behind the set, a well-stretched white film of cinema, as it should be, perhaps contained a long pose of all the frames shot in a lifetime and I saw that every now and then he peered at it, cast interested glances. «What do you think of the black and white shots of the photographer Hiroshi Sugimoto? They are the ones where you see the empty cinema interiors with the overexposed white screen in the center, a long projection from the first to the last frame: this room transformed into a cinema reminds me of those photos ".
I chose to publish the portrait in color after choosing it from several black and white shots: it would have been an outrage to the memory of those who built his personal monument with color.
As for me, a handful of years later, that is today, I feel that it lives and will live forever suspended somewhere like the leaves of Trilussa forced to leave and then return even if there are no trees.

Tonight I will watch Me and You, his latest film: it is impossible not to recognize a gift of clairvoyance in the story of two brothers who, after making provisions, decide to live locked up for a month in the cellar isolated from the world, to find each other and heal their demons.
The metaphor of what is happening to us is all too clear and I hope that in the end what happened in that last shot where we see the two protagonists walking away along a cobbled street outside will happen to us. outdoors, to savor the smell of the air again.