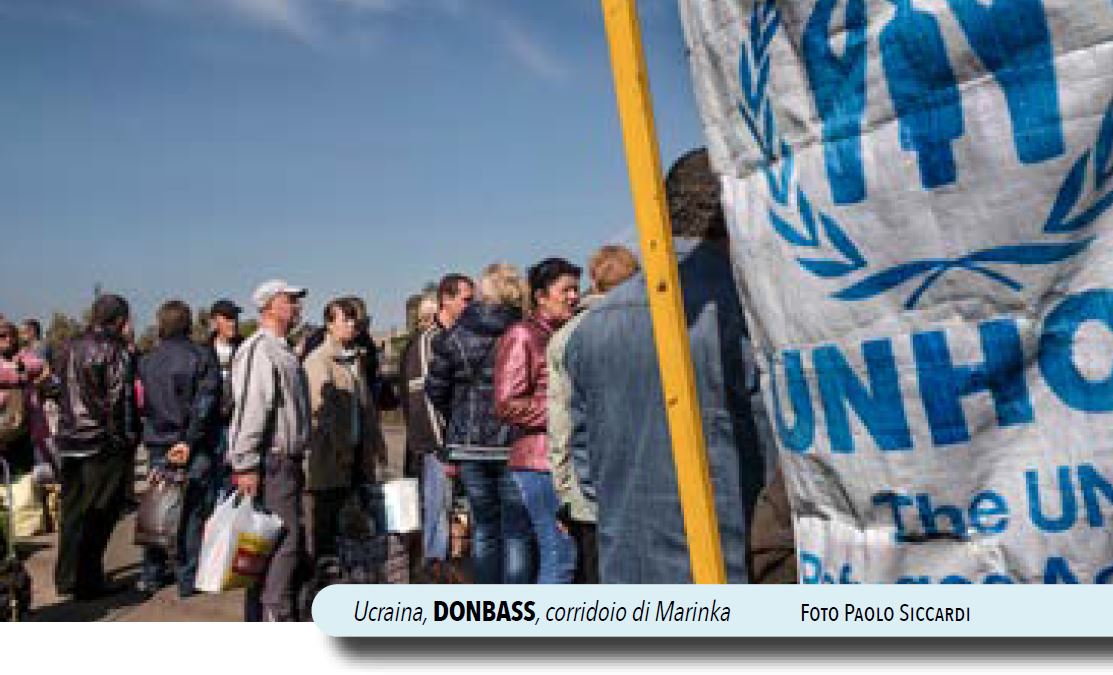 December 2021, border between Belarus and Poland. A photo fixes forever the agony of a family.
A man is seen with his five children. In silence, in the clearing of a wood. All around a makeshift tomb covered with a spruce branch. That of his wife and mother: the epilogue of the terrible story of Avin Irfan Zahin, 39, a Kurdish woman who fled with her family from Iraq to reach Europe. And stuck like so many other desperate people on the border, at minus 27 degrees below zero. On the one hand Belarus and her cynicism, on the other Poland and its borders also bolted to pity. Avin was pregnant and sick. Cared for too late, she would have carried away an infection.

February 2022, border between Ukraine and Poland. The Russian invasion started a few days ago. The bombed cities.
The usual script: the columns of desperate people who run away. This time the refugees will not find closed borders, but open arms. With a moving wave of solidarity, from the border guards who made everyone pass in an orderly way, to ordinary citizens, able to fill the Wisla Krakow stadium with hundreds and hundreds of tons of food, medicine and blankets in just eight hours. for the exiles crammed at the border.

Two stories. Two cross-sections of different realities, but not so much.
From a purely rational point of view there should be no difference between those who flee: an Iraqi family has the same dignity as a Ukrainian family. Similarly, a child's violated present should haunt us regardless of the color of his skin or the origin of his parents.
However, we know that this is not the case. Our actions, our judgments, the decisions of those who govern us are often guided by emotions, not by reasoning.
This is what almost always happens in the world of information when it comes to recounting disasters or tragedies. The compass is that of the newsworthiness of a fact that is defined by various variables, such as closeness and empathy with the victims.
Insiders know it as McLurg's law, an analysis that tries to fix certain proportions.
The death of a European, for example, from a media point of view is equivalent to the massacre of twenty-eight Chinese.
Thus two Welsh miners are equivalent to one hundred Pakistani flood victims.

We could apply the same rule to wars and we must not be scandalized.
It is normal that a conflict on the doorstep involves us and affects more than a tragedy that occurs on the other side of the world. It is instinct that tells us this, our very nature that leads us to sympathize with those we feel closest to us in terms of culture, ideas, belonging.
The two weights and the two measures used with refugees at the eastern European borders can only be explained in this way.
Still, this can't be the way. One more shot is needed to understand that the only value is simply the face of the person in front of us, his story, his tears, but also all his unspoken hope.
Life reminds us continually and perhaps even this absurd war has plunged back into the heart of a numb Europe. Of a Europe that after 70 years of peace had forgotten a simple, simple truth: the others are not "others", it is "we".