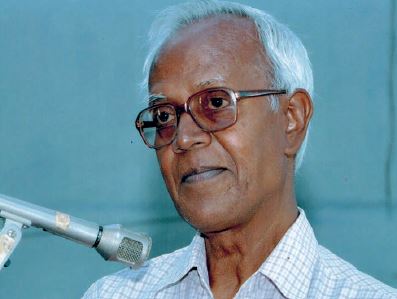 A caged bird can still sing. So wrote Stan Swamy (pictured) on January 14, to summarize the first hundred days of imprisonment for "terrorism" in the Taloja prison in Mumbai.
Since then, the Jesuit has spent another 132 in his cell before being admitted to the Holy Family hospital with a severe form of Covid. Father Stan, an 84-year-old Jesuit with Parkinson's, caught the virus in prison. Behind bars, moreover, he has almost completely lost the ability to walk, to be autonomous.

"The Taloja prison has reduced me to this state, tearing my health and autonomy piece by piece - said the Jesuit during one of the last hearings in front of the judges in a whisper -. But I accept my pain. If I have to die, I will die. I don't want privileges ». Those who know the religious are not surprised by his words. I am in line with the choice made by Stan decades ago and never betrayed: walking alongside the last of the last. The Adivasi minority of Jharkhand, specifically, a victim of the systematic expropriation of land by mining companies allied with local authorities.

Almost a third of Jharkhand is occupied by the forest, where the tribals live. The subsoil, however, contains 40 percent of Indian minerals, from uranium to coal, from iron to bauxite. A precious resource that large companies, with the approval of the authorities, are eager to exploit. Over a million hectares have been taken away from the tribals in recent years: 1.9 million women, men and children have been transformed into displaced persons. Those who tried to resist were jailed.

To worsen the condition of the Adivasis, the pressure of the Naxalites, pro-Maoist guerrillas who exploit the marginalization of the natives to enlist them and use them as cannon fodder. To make the Adivasis aware of their rights and to ensure training for young people, Father Stan created the Bagaicha center where he lived before his arrest on 8 October 15 years ago. For the priest it was the culmination of a dream.

Since he was a boy he wanted to work with the natives from whom he learned the importance of caring for creation. Father Stan is, therefore, a witness of "integral ecology". A high-risk choice in the South of the world. As evidenced by the long imprisonment of the detainee, arrested along with 15 other intellectuals, lawyers and activists, under the draconian Unlawful activities prevention act, launched by the Modi government in August 2019.

Yet the evidence against them was considered "fabricated" by Arsenal consulting, a digital forensic consulting firm in the United States, which analyzed the PC of Rona Wilson, the main accused, between June 2016 and April 2018. During this period, according to experts, the device would have been the target of repeated hacker attacks that would have inserted "compromising" material.
The lawsuit against Father Stan is based on some letters found on Wilson's computer. The case sparked a wave of international outrage.

Demonstrations were organized in front of Indian embassies in various cities around the world. Thousands and thousands of postcards were sent to the latter on the occasion of the religious's birthday.
Over 2,500 intellectuals wrote to the premier. The Indian Bishops' Conference and the Society of Jesus have repeatedly expressed their solidarity with the imprisoned priest.

Father Swamy knew he had been in the sights of intelligence for some time. "If you touch on certain issues, you know you're going to face trouble," he said in an interview three years ago. But - he added in a subsequent article - "it is the price of discipleship". For this, he does not lose heart. On the occasion of the hundred days behind bars, he wrote: «One thing that gave me strength was to observe the hardships of all those who are awaiting trial.

Most of these people come from economically and socially weak communities. Many of these poor people awaiting trial do not even know what charges are being leveled at them, they have never seen their court files and simply remain in prison for years without any legal or other assistance.
Overall, almost all inmates awaiting trial are forced to live on the bare minimum. Regardless of whether they are rich or poor. This creates a sense of brotherhood and community, where understanding one another becomes possible even in this adversity.

The sixteen co-accused were unable to meet, being detained in different prisons or in different sectors of the same prison. However, we continue to sing in chorus.
Because even a caged bird can always sing. "

Info: Fr Stan, a human rights defender, has lived in Bagaicha, a Jesuit-run Center for Social Action, for the past 15 years, working mainly with the Adivasis (indigenous community), for defense, propagation and protection of their rights, enshrined in the Constitution of India. “What is happening to me is not something singular that only happens to me. It is a broader process taking place across the country. We are all aware of how prominent intellectuals, lawyers, writers, poets, activists, students, leaders, are all put in jail for voicing their dissent or raising questions about the government authorities of India. We are part of the process. Somehow I am happy to be part of this process. I am not a silent spectator, but part of the game, and ready to pay the price, whatever it may be ».
Stan Swamy SJ
www.jesuits.global/it