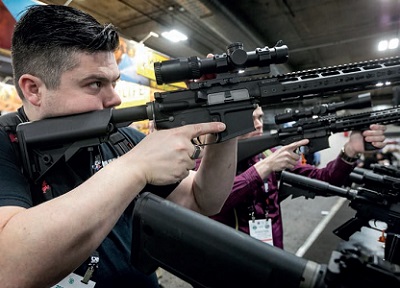 The causes of conflict are many, but the result is always the same: destruction and a humanitarian crisis. We must stop and ask ourselves: what has led to the normalization of the conflict in the world? And, above all, how to convert our hearts and change our mentality to truly seek peace in solidarity and fraternity? How much dispersion of resources there is for weapons, in particular for nuclear weapons, resources that could be used for more significant priorities to guarantee the security of people, such as the promotion of peace and integral human development, the fight against poverty, the guarantee health needs. This too, on the other hand, is highlighted by global problems such as the current Covid-19 pandemic and climate change. Thus Pope Francis

To humanity, fragile and disoriented in this moment of crisis, but, at the same time, perhaps more aware of being in the same boat, Pope Francis offers the "compass for a common route" towards peace. A «truly human route» can only be based on the «care» of each person, especially the most fragile. This is as true for individuals as it is for nations. For this reason, the Message for the 54th World Day of Peace of January 1 is addressed, in conclusion, to the «eaders of international organizations and governments», to whom a provocation is launched: «What a courageous decision it would be to "establish with the money that is used in arms and other military expenditures a "World Fund" to be able to definitively eliminate hunger and contribute to the development of the poorest countries"».

The Pontiff had already talked about it on October 16, in the video message for Food Day, arousing interest within the international community. The basic idea was, however, advanced by Paul VI. Francis makes the proposal make a "magisterial leap", placing it within the encyclical All Brothers. And presenting it again on the occasion of the current Day of Peace.

A utopia? Not at all. It is the preamble of the United Nations Charter itself that asks the world to save future generations from the scourge of war and to use international instruments to promote the economic and social progress of all peoples.
Never as this year have so many people been able to tragically touch how necessary a different destination of public resources is. This spring, with the outbreak of the pandemic, we saw a shortage of money for emergency medical devices. In the same period, the latest report from the Stokholm international peace research institute (Sipri) denounced a record increase in military spending in 2019, as has not happened for ten years, says Lisa Clark, vice president of Beati i peacebuilders and co-chair. of the International Peace Bureau (IPB), the world's oldest pacifist organization, awarded the Nobel in 1910. Last year, a whopping 1.910 billion dollars were spent on hyper-sophisticated weapons, 3.6 percent more compared to 2018.
And in 2020, although data is not yet available, the pandemic does not appear to have slowed down investment in armaments. Yet the world has not become a safer place, as evidenced by the proliferation of tensions that the consequences of the virus are likely to exacerbate. "In times that look economically critical for all nations, including the great powers, decreasing the funds allocated to the arms race to devote them to economic recovery is actually a strategic choice for states wishing to maintain pre-eminence within the system international », explained Alessio Pecorario, coordinator of the security task force of the Vatican Commission for Covid-19 and official of the department for the Integral Human Development Service. Moreover, public opinion is finding it increasingly difficult to accept the rearmament race. A demonstration of this was the battle carried out by civil society - through the International campaign against nuclear weapons (Ican) - to have the atomic bomb declared "illegitimate". The Treaty, approved by the UN General Assembly on 7 July 2017, entered into force on 24 October. Changing direction is possible, as well as necessary. As Lisa Clark, Ican's longtime collaborator, states: the grassroots mobilization that led to the ban on nuclear weapons has demonstrated the power of civil society. The latter can now adopt many lobbying strategies on governments to reduce military investment. First of all, the campaign for divestment by banks, pension funds and insurance companies in manufacturing companies.

The Pope's words , as well as being achievable, are a powerful source of inspiration. «The greatest sin we can commit is resigning ourselves to the normalization of war.» Words that recall the conclusion of the Message: «Let us not give in to the temptation of disinterested in others, especially the weakest, let us not get used to looking away, but let us concretely commit ourselves every day to "form a community made up of brothers who welcome each other, taking care of each other. of each other”».