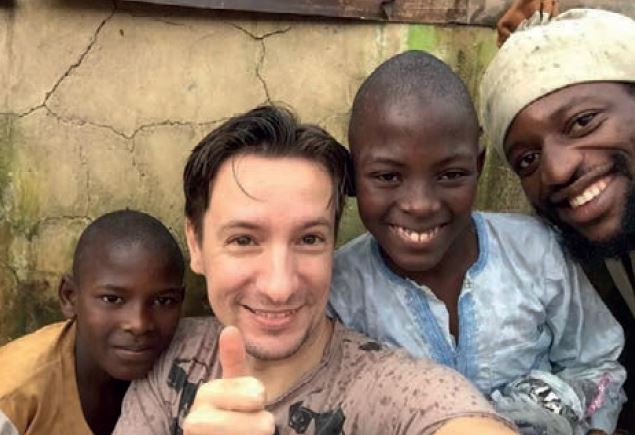 The murder of the Italian ambassador to Congo Luca Attanasio, the carabiniere who escorted him Vittorio Iacovacci and their driver Mustapha Milambo last February 22 while they were bringing food to a village made us rediscover one of the many forgotten conflicts in Africa.
Let's first talk about Attanasio, an extraordinary figure who combined the dynamism of youth (he was only 43 years old) with humanity, a man of faith about whom a lot has been said because he had a very innovative vision of diplomacy.

Like many of those who know her well, he also wanted to change the narrative about Africa. For him, working as an ambassador was a mission to serve his country and the poor. He combined the idea of ​​peace to be built with that of development to be promoted also through Italian entrepreneurship. Welfare or humanitarian aid to the weakest is necessary to help them get up and take their first steps, but the goal is for them to acquire dignity by walking alone. I was a few hours in Limbiate, in Brianza, where he grew up in the oratory and where I met his friends and his educators and I was surprised to discover not only his propensity towards volunteering to be useful to the community, but also that his choice to go to Africa as a diplomat to combine business development and cooperation, both born from the ecumenical days that were held in Milan 16 years ago.

On the entrance door of the oratory of San Giorgio in Limbiate where he was trained and to which he had remained attached there is a phrase attributed to Don Bosco and Don Gnocchi: education is a matter of the heart and I believe that of a different Italy in the world, has been faithful to it until the end. While we hope that the truth about his end will emerge quickly and justice will be done, let's not forget it and to his memory we link that of the Congo of unsolved conflicts.

It is the symbol of an Africa that is rich yet impoverished by the plundering of the riches of the subsoil. It is the curse of resources that afflicts various countries which cannot benefit from the riches of the subsoil because they have been preyed upon by other rich countries which often fuel conflicts in those territories. An exploitation that knows no limits and that generates anger, rebellion and violence in a diabolical spiral that only enlightened diplomats like Luca Attanasio can help to break because they conceive diplomacy as an instrument of peace and not of power and oppression. Much of the future of our technologies is played out in Congo from which the materials that make our smartphones and electronic devices work, even the batteries of electric cars, are extracted, but those who work to extract those materials are often slaves. And as long as there is no justice there will be no peace.

On the other side of the continent, the conflict continues without interruption in the northern region of Ethiopia, the Tigray, which has no resources underground and is arid and barren. However, human life was born in this land and Christianity was the first to arrive in Africa as early as the third century after Christ. An ancient cultural heritage that constitutes the religious identity of the believers of the Horn of Africa and has been targeted, partly destroyed and plundered.

This is also a damage to the resources of a land that lived on agriculture and tourism and which does not know if and when it will recover. In fact, humanitarian workers are not allowed to reach the majority of the population that risks a catastrophe.
This happens almost in the shadows in a land closely linked to Italy. Who, inspired by Luca Attanasio, can and must do more to promote peace and reconciliation.