Adam where are you? 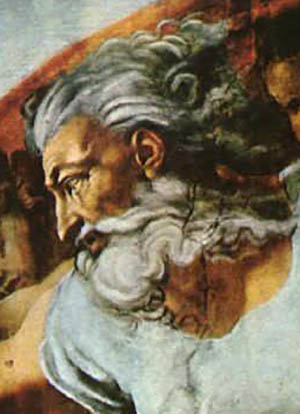 Adam where are you? God's cry of pain, when man sets in motion the mechanism of evil with its tragic consequences, resounds throughout the Bible. God sets out in search of man, but without exceeding the limit that he himself places on his omnipotence: the boundary of human freedom. Love cannot force anyone to love. It can act delicately only if the man opens a window of availability. “I stand at the door and knock. If anyone listens to my voice ... "John describes the humble discretion that God uses with us. The destiny conceived by God for Adam was much more than his rolling around in fear, making deaths and injuries starting with himself.

It was a divine destiny, the fulfillment to the fullness of the mark of the Spirit with which he had mixed his body of earth and his soul, character, personality. A wait, that of God, which lasts until he finds a little girl, free as air from her own ego, a virgin page on which she can write her Wisdom. In her he can finally hope, and from her God is born man. In the icon of the Nativity, the Child God is not wrapped in the swaddling clothes of newborns, but with the bandages used for burials, and is lying in a pitch-black cave: through the Virginity of the Mother, God reaches man in the darkness of its separate condition. If man has exchanged the gift of divinity with the object-tree, God made man will hang himself on the tree of the cross as long as Adam looks at him and understands him, and to defeat him forever by nailing him to the tree, the evil that he had deluded that he could save himself.

Modestly, the icon of the Descent into Hell reveals the meaning of the Resurrection: the figure of Christ wrapped in shining robes bursts into the underworld, the inner state of fallen man. He firmly grabs Adam and Eve by the wrists and tears them from death, he who has conquered it forever. But the fear that accompanies the anguished wandering of humanity is also overcome. In the black abyss of the underworld the torture tools manufactured by men to torture themselves remain, with which they crucified God. Now there is no more death for Adam, there is the Dormition, categorical denial of all disincarnation: l the soul no longer has the function of animating the body, but remains in the Spirit as an organ of conscience; temporary separation from the body does not mean its loss.

Purgatory, an intermediate state of purification, indicates that the soul can still strip itself of any weight that oppresses its Spirit. The word eternity in Hebrew comes from alam, to hide. God has shrouded man's fate beyond the grave in darkness. It is a divine secret. But the Fathers affirm that the time between the Resurrection and the return of Christ is not empty. Life, passing through the appearance of death, continues. Death is the gift that God gave to man after his fall into the spiral of evil, to protect him from a definitive and eternal ruin. Every day the Risen Lord reminds us that our destiny is not an end, it is his Return: it is our Fullness, our Realization in him.