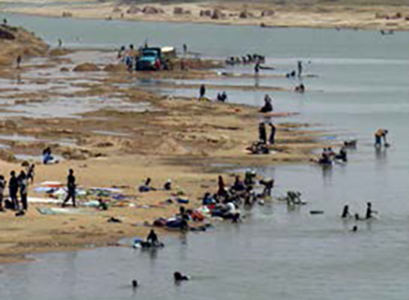 Climate change is a "product" of the countries of the north of the world, but the main effects are manifested in the countries of the south, more vulnerable to the consequences of climate change, both for their geographical characteristics and for the poverty of their populations and the their direct dependence on agriculture for survival. So said a 2009 Cespi report which unfortunately is as relevant as ever. In the north of Cameroon, for example, there have been clashes between farmers, ranchers and fishermen precisely over access to water and land resources (increasingly scarce).
Villages and markets were set on fire causing the displacement, according to UNHCR, of at least 100,000 people who were forced to flee to other areas of the country and to Chad. Traditional leaders have made an appeal via radio and television in mass language, Mousgoum and Choua Arabic to the population arguing that “without peace there will be no development and communities will become poorer. Armed conflicts will bring only hunger and suffering ».

Mahamat Abba, traditional ruler of Kousseri, invited everyone to seek peace, unity and solidarity.
He declared that he is reminding his brothers and sisters Mousgoum, Arab Choua and Massa that peace is priceless: "A community cannot develop when there is a war."
For the governor of the Midjiyawa Bakari region: «The problem is the race for the available land.
Desertification is pushing farmers, fishermen and cattle ranchers to move to places where they can find food and water and the Logone River is one of these places. " According to UNHCR spokesman Boris Cheshirkov: "What we see is a tension between peasants and fishermen on the one hand and between fishermen and farmers on the other and then with Arab traders [...]. The main reason why this tension has worsened is climate change: it all depends on the waters of the Logone River (one of the main tributaries of Lake Chad). Lake Chad has lost 95% of its surface water in the last 60 years ”.