A gift in music 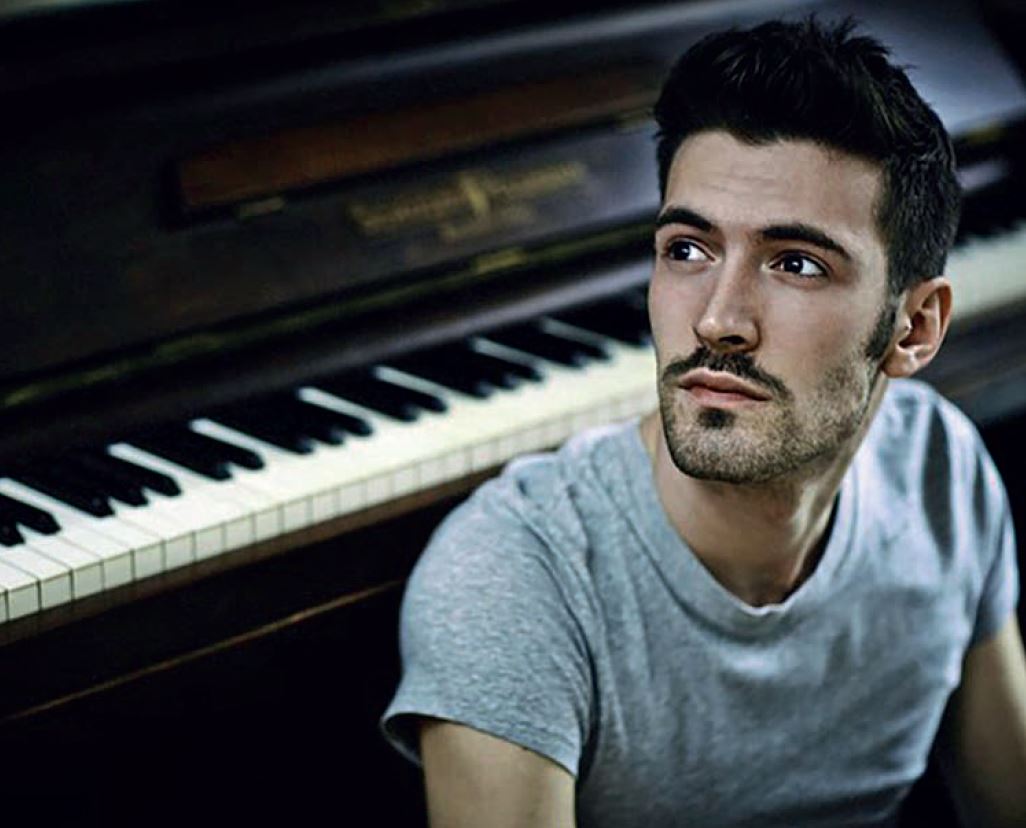 For me, conscience means being fully present in one's choices. Giovanni Caccamo goes straight to the heart, weighs the words, wants to be essential.
He, one of the most appreciated young Sicilian singer-songwriters, has built his dream over the years and a deeply nourished mission: to communicate the beauty of art. So many efforts and sacrifices and a life-changing meeting, the one with Franco Battiato.

How did it go with him?
My dream was music and to make it come true I left Sicily at the age of 18 for Milan, despite my mother's obvious distrust, who claimed that music could not turn into work. I enrolled in Architecture: during the day I was a "student", in the evening a "creative dreamer". I was trying to understand how the interplay between music and words worked.
I had written my songs, I was trying to make them known to the insiders, but nothing. I had received many no's and several doors in my face. I remember that at some point I returned to Sicily with the idea of ​​giving up my dream.
It was summer. I talked about it with a friend of mine who almost scolded me saying that I shouldn't have given up just at that moment. Indeed, she advised me to try to play something for Battiato who had rented a house in Donnalucata, a few kilometers from my house. It was August 9, 2012, I was on duty for four hours and as soon as he came out I approached with an envelope. «Is there a CD inside?», He said to me with a detached way.
"Yup!". "All right!". And he left. I was a little upset, but I never imagined what happened shortly after.

Meaning what?
In the afternoon, back from the sea, I found five anonymous calls on the phone and a message on the answering machine: «I'm Battiato, I've tried to call several times, I've listened to the record and I must say it's fine! See you tomorrow at 11 on the beach, bye ». The next day I went to him and he apologized: «Look, I've been bothering me with these CDs for thirty years, yesterday I was a peasant, forgive me, really. Anyway I want to produce your album, I take a bath and we talk about it ». And therefore, as in a film, this journey started from there, which has always been characterized by obstacles, pauses, difficulties and great joys of course. But it is a bit of a journey of a lifetime.

You had the courage not to stop in front of the no ...
Yes, even if it wasn't easy. However, I have learned to trust myself, that is, I have understood that we are not totally masters of our time and our path. The important thing is to live life actively every day and choose to live for the good, for the light. So this is my artistic mission and life mission.
This obviously involves putting all your energy and strength into achieving a goal.
However, should that goal not be achieved, I have learned that behind a no maybe there is a slightly different path, which will make you reach something much greater than what you had imagined.

How do you go straight for the goal?
In my opinion, first of all we must have it clear. I still ask myself: why did I choose to make music in my life? Everyone must find the flame that burns inside, which gives the strength to overcome obstacles. For example, I chose music because I lost my dad when I was very young, at 11, to cancer. After years of anger and research, I realized that there was a "hidden gift" behind my dad's suffering and death, that is, realizing from an early age that I should have spent my life only for beauty, for light, for something that - on a daily basis - could excite me and make me feel in the right place. For me, music is this.

How do you really turn such a great pain?
The real problem is that we live in a society that constantly places the ego at the center of everyday life and of our world. In fact, I see death as the shadow of light. I think that life is so incredible and extraordinary precisely because it has a limited time that we cannot manage.
Every day we can choose whether to see the glass half full or half empty. The key is this.

So, even fragility can be a value ...
Absolutely. Fragility makes you have the right perception of the measure. We are very small parts of a great harmony and this feeling of being small is not a diminutio. On the contrary. This attitude also applies to creativity. One of the first things Battiato told me was that he never had the arrogance to expect a more beautiful song to arrive than the one you have already written, because it is not up to you. "We are a link between the earth and the sky - he said - so you have to remain calmly adherent to reality, with your feet on the ground and your head moving".

There is a horizontal plane in life, but also a vertical one. How do you feed it?
I train myself to be aware of the gifts that we constantly receive and of which we often do not notice. And then I really believe, as Dostoevsky said, that beauty will save the world. Because it is testimony of the passage of man on Earth, of his need to create something, to be a means of light.

In all this, what place does hope have?
Hope is part of our nature.
Let's say that for me the word that best expresses it is "serenity", the balance between things, between interiority and exteriority. We often place hope in the future, instead it must be a present condition, to be lived now, now.