The war between Eritrea and Ethiopia against the Tigris continues unabated. 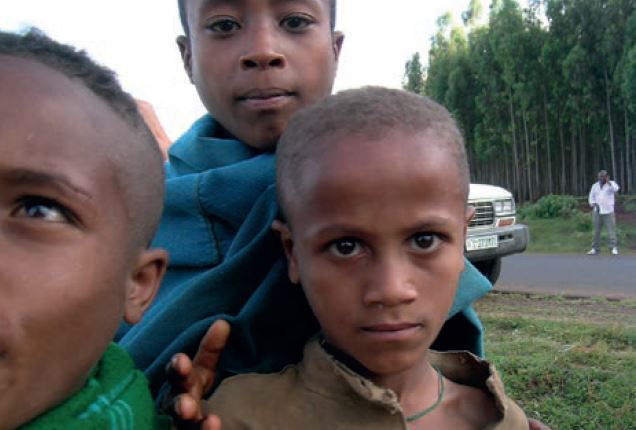 European silence continues in the face of the disastrous civil war in Ethiopia. If Europe in mid-August worried about Afghanistan not so much and not only for the fate of those who in that distant country have always opposed Islamic fundamentalism, but rather for the inevitable increase in migratory flows than the restoration of he Afghan emirate by the Taliban will cause, mysteriously remains indifferent to the conflict in Tigray which is already destabilizing the second largest African country by population, and threatens to infect the Horn of Africa and a large part of East Africa. All areas matrix of mixed migratory flows - refugees and economic migrants - due to poverty, conflicts, dictatorships that oppress peoples.

Of course, it is the failed wars of the West in this century in Afghanistan, Iraq and Syria that are responsible for the increase in refugees to the European Union mostly via the Balkan route. But many of the 30 thousand who rest on the bottom of the Mediterranean and of the 50 thousand who died in the deserts of the Sahara and Sinai in an attempt to reach the mare nostrum and from there Europe are Ethiopians, Eritreans, Somalis, Sudanese. They are also the protagonists of dramatic odyssey in the Red Sea to reach Arab countries and find a job. Despite the widespread misery, increased by famines, climate change, locusts destroying crops, peace between Ethiopia and Eritrea in 2018 and the first Nobel Peace Prize awarded in 2019 to an African, the young Ethiopian Prime Minister Abiy Ahmed, they had raised many hopes to those on the continent who knew how to recognize the enormous potential for development. But incredibly, even a year later, Abiy managed to dispel the accumulated credibility. It has formed a solid alliance with the Eritrean dictator Isayas Afewerki, who has ruled with an iron fist for 25 years the former Italian colony transformed into a state barracks where the military service is in force for life, but not to plan the construction of new infrastructures and enhance trade. What interested both of them was to destroy the common enemy, the Tplf, a party of the Tigray People's Liberation Front that ruled Ethiopia until the advent of Aby.

To do so, they unleashed a very violent war that caused a humanitarian catastrophe comparable to that of 40 years ago in the Tigris. According to various reports by UN agencies and NGOs, hospitals and health facilities, Ethiopian and Eritrean troops destroyed crops, livestock and seeds, causing two million internally displaced people, a third of the population, and putting half the population at risk of starvation. million Tigris. They have also experienced all the infamies of ethnic warfare, from the mass rape of women of all ages to the indiscriminate killing of males over the age of seven to the attack on the thousand-year-old cultural and religious heritage of Tigrai protected by UNESCO. But Ethiopians and Eritreans failed to break the Tigrayans, who regained ground and launched the summer counter-offensive by invading the Ethiopian regions with the intent of revenge. In addition, they do not rule out invading Eritrea. The warring parties continue to charge each other and reject offers of international mediation.

Ethiopia is made up of 80 ethnic groups and has so far been based on precarious balances. Here too, as in Afghanistan, the interests of China, the USA, Russia, Saudi Arabia and Turkey clash for the control of trade routes and access to a continent. In addition, Egypt and Sudan have every interest in weakening Addis Ababa to prevent the start of the great dam on the Nile which would take away their water for irrigation. But the EU does not say much, it threatens and does not act despite having invested billions of euros. Yet if it behaved like a non-warlike power to export that peace on which it has built its well-being, it would restore hope and dignity to millions of people forced on long and dangerous journeys to seek future.