It is a rule of life for Ernesto, followed with passion by Sermig's friends. It is not always understood in its strength by those who would like to do good immediately at all costs, without waiting for the conditions that allow it to be done well.
Those who initially entered the Arsenale della Speranza in São Paulo, seeing the size of the existing building on the one hand and the number of excluded people waiting for a place to sleep on the other, might have concluded that it was necessary to let everyone in. It was, moreover, an understandable position. But Ernesto saw far away and thought not so much about cramming all the available rooms from the earliest days, but about the dignity of the person, who cannot be treated as an object. Starting in any way would have meant not being able to carry on the initiative and, in the end, disappointing thousands of people waiting for a human and charitable welcome. So, instead, important decisions were made on how to separate the groups, on the characteristics of the reception, on the times. All with generosity and openness of heart, without forgetting objectives and means. We immediately began to clean the rooms, to redo the sanitary ware, to renovate the kitchen and to intervene with many other measures.
Older women, fewer in number, received special treatment in suitable places. The men, as many as the prepared places could accommodate, were placed in large wards with bunk beds. Little by little, but without delays, other rooms have been renovated, cleaned and prepared with the addition of beds. 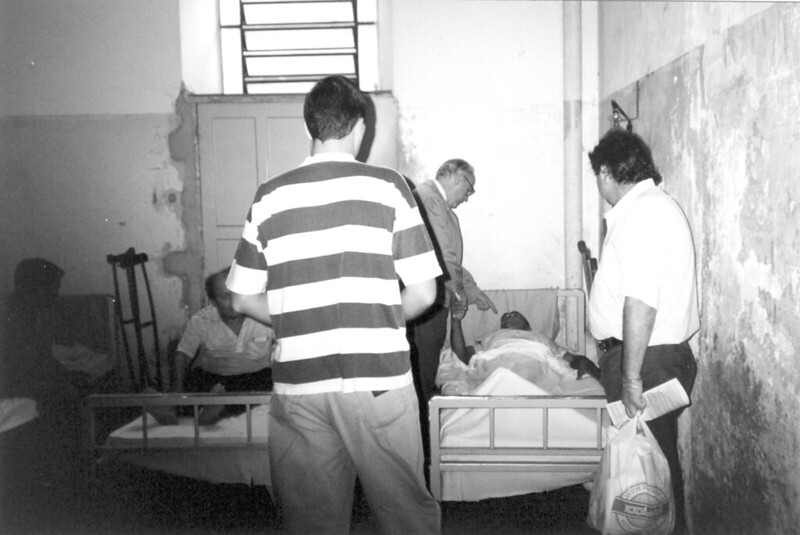 The result of this method? The number of visitors has increased tenfold in ten years: from 110 initial guests to 1,150 (today 1,200 - editor's note) who populate the Arsenale della Speranza every night.
Not only that, always to respect the rule of doing good well, it was decided to improve the catering service with the quality of services, better proportioning the purchase of food and choosing the menu with the help of a nutritionist. Today a highly positive point of hospitality, recognized with love by the people welcomed, is precisely the restaurant service.
But the Sermig has created something even more special: he decided to engage those who would later be hosted in the renovation work. Many, despite being experienced workers, had been inactive for years due to lack of work, abandoned on the road and become homeless. Among them were found masons, carpenters, electricians. Everyone participated with love; they finally had the long-desired opportunity to pick up the work tools once again, to feel useful and to train themselves for new employment opportunities. This initiative, apparently modest but of great pedagogical value, was praised by the government authorities themselves on the occasion of a visit to the Arsenal. "Good done well".
Norberto Bobbio wrote to his friend Ernesto: "Whoever wants to do good must do it well. If you have to feed the hungry, don't just feed them soup. If you have to dress the naked, don't give them your grandfather's pants ... These are obvious things, but it's good to never forget them. Indeed, Ernesto, to 'do good well' you need not only to have your gaze turned upwards, but also your feet firmly planted on the ground. How you show every day that you have ”.
Dom Luciano
from the book "Two friends"
See also the page on Dom Luciano Mendes de Almeida
Share on social media