Early one morning, in the mid-nineties, in the square of São Jose do Belém I saw a lot of people gathered and nervous. I approached, there was a man lying on a stone bench. I asked what was happening and he was told: he is dead! About what? Hungry, cold! He had died of hunger and cold in a square in Sao Paulo, Brazil, one of the largest cities in the world. There was a hidden, invisible population that walked every day and night through the squares and streets in search of shelter and some food. The number of people was so high that the existing answers weren't enough. That death shook us deeply. Dom Paulo Evaristo Arns, then archbishop of Sao Paulo, asked for help and advice from us bishops and from the civil authorities. When Dom Paulo received the proposal from the state government to take over the large space of the ancient Hospedaria dos Imigrantes, the Dais, we asked Ernesto if he was willing to transform the Dais into a house capable of welcoming; we knew his work of transformation of the Arsenale della Pace in Turin and we had already experienced the passion and seriousness of his commitment in Brazil. He accepted, perhaps not even knowing what he was accepting. From there, with great courage and great abandon, the Arsenal of Hope came to life. 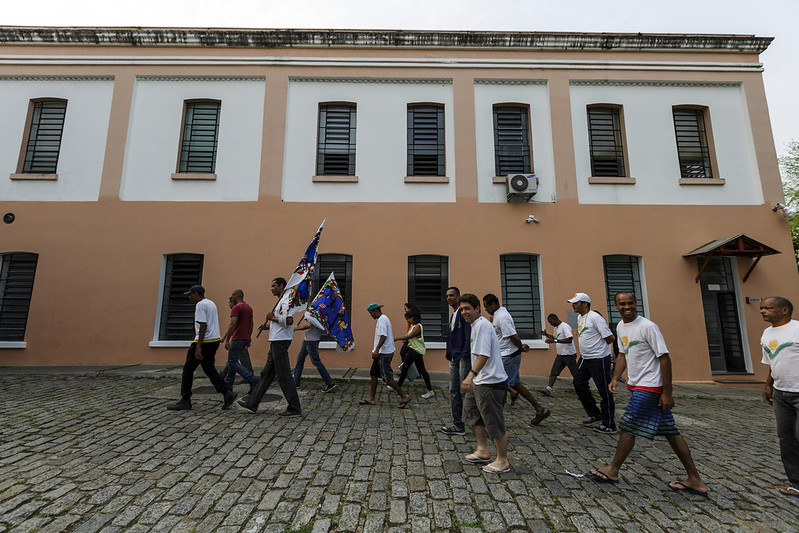 On 11 March 2006 a great party was held to celebrate the first ten years of life of this work; a work built day after day, aimed at redeeming the story of that man who died of hunger and cold and of the tens of thousands of people who passed by this house receiving refreshment and hope. Only God knows all the good that has been done to so many brothers and sisters, who have received and are receiving the expression of the goodness placed by the Lord in the hearts of the young people of the Fraternity of Hope.
Arriving at the Arsenal of Hope to participate in the party, I met a good, poor man, full of gratitude, who told me with such joy that I was moved: "You too are coming for the party! How beautiful! This house is a marvel, a great marvel of God! ”. It is to God that we must raise our hearts to thank him, because he is good and gives us the grace to experience a little of the joy of being good and doing good. Nothing makes us happy as much as being able to help others who are hungry for bread and love.
There were many other demonstrations of affection and words of esteem that day.
Dom Claudio Hummes, Cardinal Archbishop of Sao Paulo, referring to Benedict XVI's Encyclical, God is Love, underlined how "this house is committed to realizing every day what the Pope reminds each of us: we are called to love each other. , for free, whoever it is ".
What was said by the vice governor of the State of Sao Paulo, prof. Claudio Lembo, who spoke on behalf of the governor Geraldo Alckmin: "This place, for us Paulists and Brazilians, is a symbol of peace and hope: millions of emigrants have passed through here who then made Brazil, people who fought for a hope. We continue to fight and work together: to be honest this is not a work supported by the government, but it is the government that seeks support in this work, to achieve the peace and hope that is breathed here ".
But the most applauded words were those put into rhyme by one of the guests, on behalf of all: "The Arsenale protects us and invites us to believe that for everyone there is still the possibility to walk, to dream, to change, to choose the goodness that disarms evil and violence ... ”. A violence that still makes a lot of noise, here and in many other places in the world but which, at any latitude, can be disarmed by that goodness for which the world is hungry. A goodness that comes from God, always ready to start over, solid as the A bondade desarma wall inaugurated on the occasion of the 10th anniversary of the Arsenale.
When Ernesto was then invited to tell his thoughts about him, they proclaimed him "Doctor". Very beautifull. I understood that among the many titles he has, there was to include this new and well-deserved recognition: "Honorary degree in love".
Dom Luciano
from the book "Two friends"
See also the page on Dom Luciano Mendes de Almeida
Share on social media