Covid-19 in San Paolo, the Sermig alongside the poor and homeless

COVID-19 IN SAN PAOLO, THE SERMIG ALONGSIDE THE POOR AND HOMELESS
from the article Christian Family of 31 July 2020 by Giulia Cerqueti 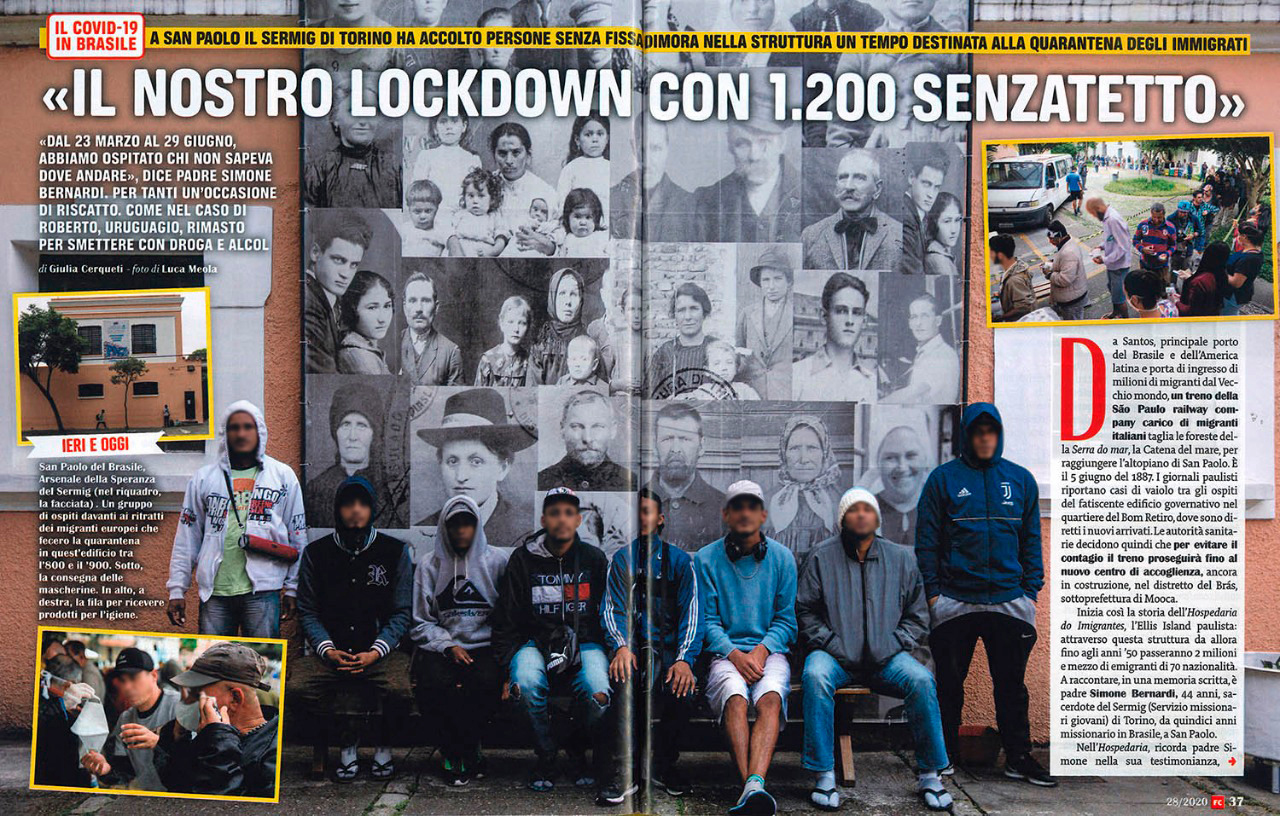 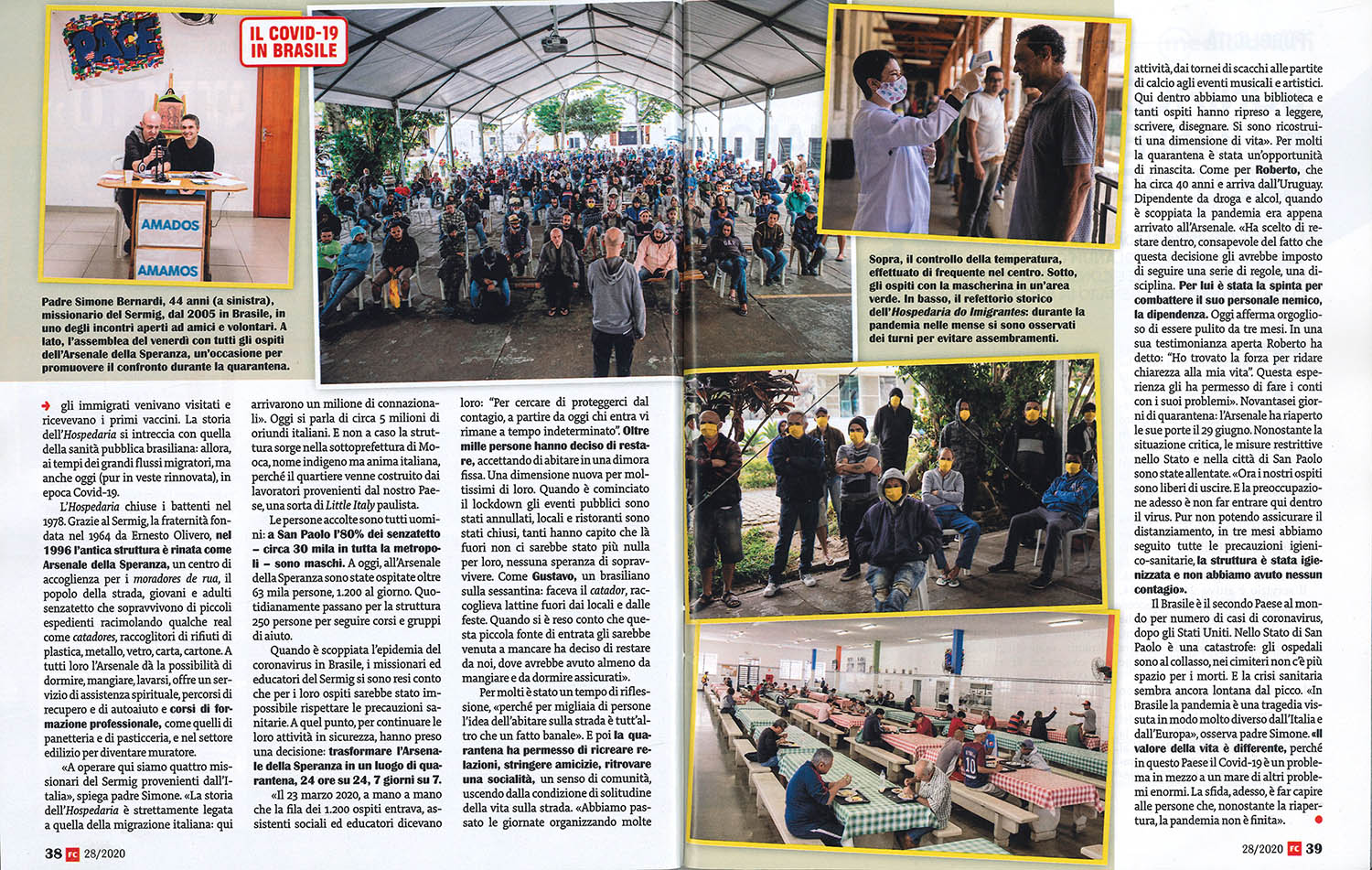 COVID-19 IN SAN PAOLO, THE SERMIG ALONGSIDE THE POOR AND HOMELESS 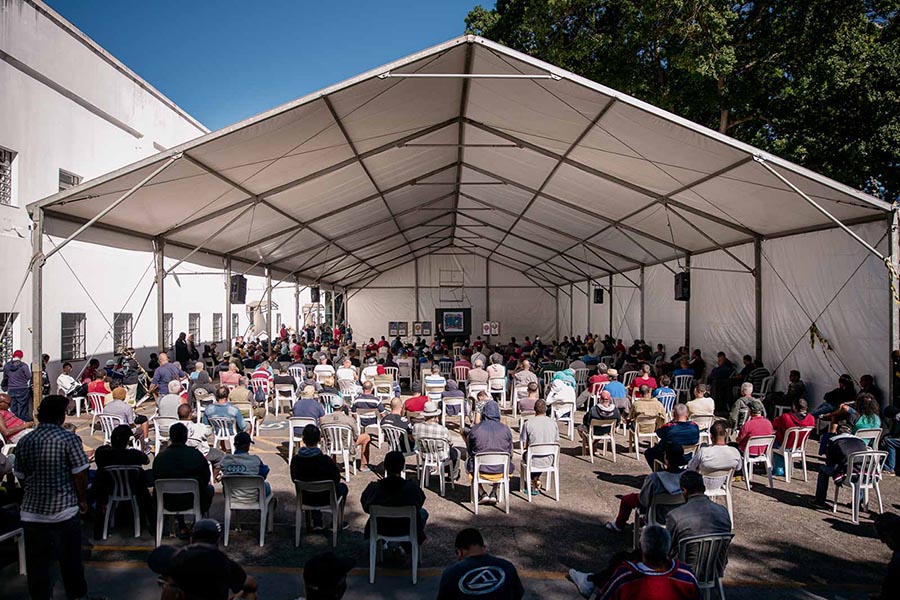 Two and a half million infections and over 90 thousand deaths. The toll of the Coronavirus pandemic in Brazil is tragic, alarming. In the South American giant, the emergency continues to be very serious, recording a growth trend of about 10 thousand victims every ten days. In San Paolo, the most affected city, the Sermig of Turin founded the Arsenale of Hope reception facility, at the forefront of assisting the poorest and the homeless in times of pandemics and restrictive measures. Below, the report published in the number 28 of Famiglia Cristiana which tells the Arsenal initiative during the lockdown in Brazil, from 23 March to 29 June.

From Santos, the main port of Brazil and Latin America and gateway for millions of migrants from the Old World, a train of the São Paulo railway company loaded with Italian migrants cuts through the forests of the Serra do mar, the Sea Chain, to reach the plateau of San Paolo. It is June 5, 1887. The Paulist newspapers report cases of smallpox among the guests of the dilapidated government building in the Bom Retiro district, where the new arrivals are headed. The health authorities therefore decide that to avoid contagion the train will continue to the new reception center, still under construction, in the Brás district, sub-prefecture of Mooca. Thus began the story of the Hospedaria dos Imigrantes, the Paulista Ellis Island: between then and the 1950s, 2.5 million emigrants of 70 nationalities will pass through this structure.

In a written memoir, Father Simone Bernardi, 44, a priest of the Sermig (Youth Missionary Service) of Turin, has been a missionary in Brazil, in Sao Paulo for fifteen years. In the Hospedaria, Father Simone recalls in his testimony, immigrants were visited and received the first vaccines. The history of the Hospedaria is intertwined with that of Brazilian public health: then, at the time of the great migratory flows, but also today (albeit in a renewed guise), in the Covid-19 era. The Hospedaria closed its doors in 1978. Thanks to Sermig, the fraternity founded in 1964 by Ernesto Olivero, in 1996 the ancient structure was reborn as Arsenale della Speranza, a reception center for the moradores de rua, the people of the street, homeless young people and adults who survive on small tricks by scrapping together some reals such as catadores, plastic, metal, glass, paper, cardboard waste bins. 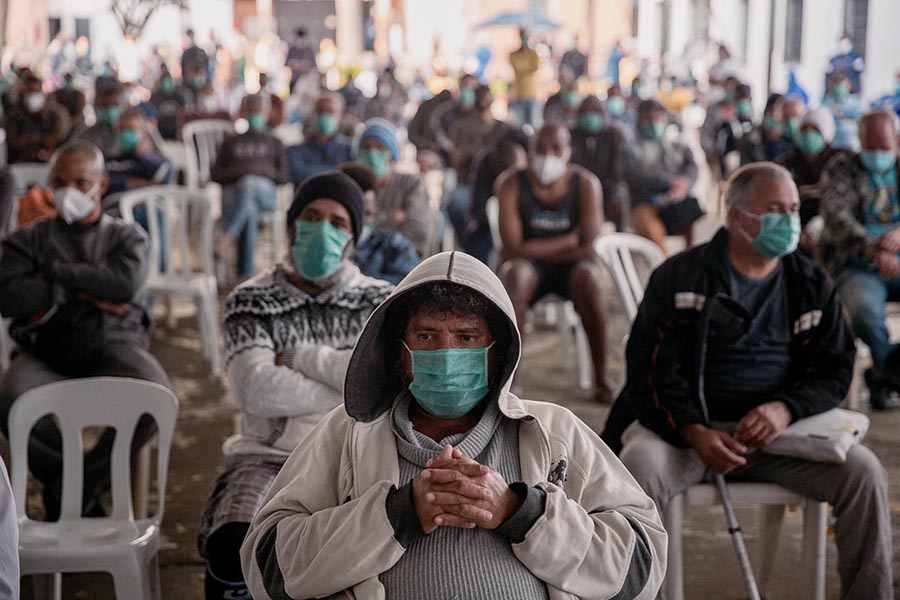 To all of them the Arsenale gives the opportunity to sleep, eat, wash, offers a spiritual assistance service, recovery and self-help courses and professional training courses, such as those of bakery and pastry, and in the construction sector to become a bricklayer . "We are four Sermig missionaries from Italy working here," explains Father Simone. "The history of the Hospedaria is closely linked to that of Italian migration: a million compatriots arrived here". Today we are talking about about 5 million Italians. And it is no coincidence that the structure is located in the sub-prefecture of Mooca, an indigenous name but an Italian soul, because the neighborhood was built by workers from our country, a sort of Paulista Little Italy.

The people welcomed are all men: in Sao Paulo 80% of the homeless - about 30,000 in the whole metropolis - are males. To date, over 63,000 people have been hosted at the Arsenale della Speranza, 1,200 a day. Every day 250 people pass through the structure to attend courses and help groups. When the coronavirus epidemic broke out in Brazil, missionaries and educators at Sermig realized that it would be impossible for their guests to comply with health precautions. At that point, to continue their activities safely, they made a decision: to transform the Arsenal of Hope into a quarantine place, 24 hours a day, 7 days a week.

"On March 23, 2020, as the line of 1,200 guests entered, social workers and educators told them:" To try to protect us from contagion, starting today those who enter remain indefinitely ". Over a thousand people have decided to stay, agreeing to live in a permanent home. A new dimension for many of them. When the lockdown began, public events were canceled, clubs and restaurants were closed, many realized that there would be nothing out there for them, no hope of surviving.

Like Gustavo, a Brazilian in his sixties: he was a catador, he collected cans outside clubs and parties. When he realized that this small source of income would fail him he decided to stay with us, where he would at least have food and sleep assured ». For many it was a time of reflection, "because for thousands of people the idea of ​​living on the street is anything but a trivial fact". And then the quarantine made it possible to recreate relationships, make friends, rediscover a sociality, a sense of community, getting out of the lonely condition of life on the road. “We spent the days organizing many activities, from chess tournaments to football matches to musical and artistic events. Here we have a library and many guests have resumed reading, writing, drawing. They have rebuilt a dimension of life ”. 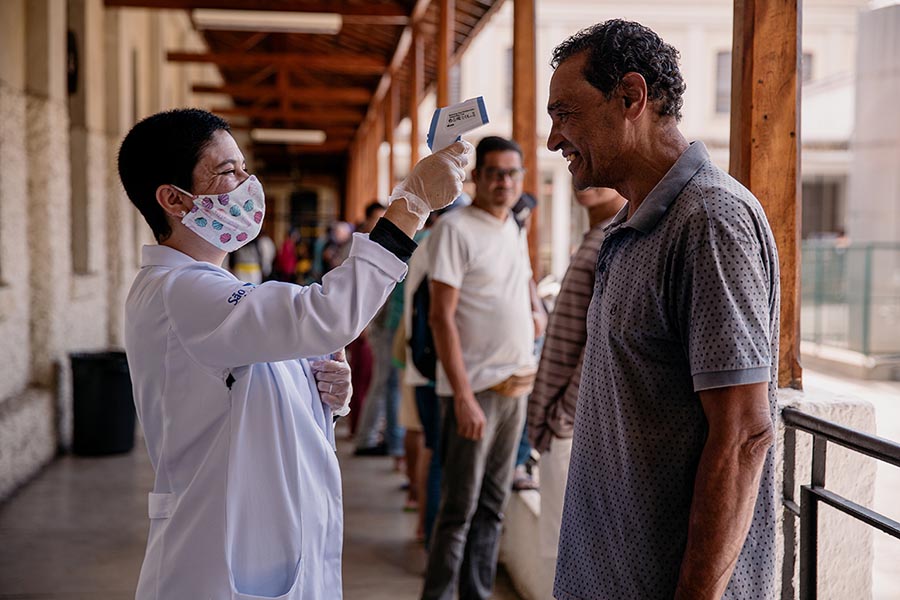 For many, the quarantine was an opportunity for rebirth. As for Roberto, who is around 40 years old and comes from Uruguay. Addicted to drugs and alcohol, he had just arrived at the Arsenal when the pandemic broke out. «He has chosen to stay inside, aware that this decision would have forced him to follow a series of rules, a discipline. For him it was the impetus to fight his personal enemy, addiction. Today he proudly claims to have been clean for three months. In one of his open testimony Roberto said: "I found the strength to restore clarity to my life". This experience allowed him to deal with his problems ».

Ninety-six days of quarantine: the Arsenal reopened its doors on 29 June. Despite the critical situation, the restrictive measures in the state and city of Sao Paulo have been relaxed. “Now our guests are free to go out. And the concern now is not to let the virus in here. Although we could not ensure the distancing, in three months we followed all the hygienic and sanitary precautions, the structure was sanitized and we had no contagion ».

Brazil is the second country in the world by number of coronavirus cases, after the United States. In the State of Sao Paulo it is a catastrophe: hospitals are collapsing, there is no more room for the dead in the cemeteries. And the health crisis still seems far from peak. "In Brazil, the pandemic is a tragedy experienced in a very different way from Italy and Europe," observes Father Simone. “The value of life is different, because in this country Covid-19 is a problem in the midst of a sea of ​​other enormous problems. The challenge now is to make people understand that, despite the reopening, the pandemic is not over ».