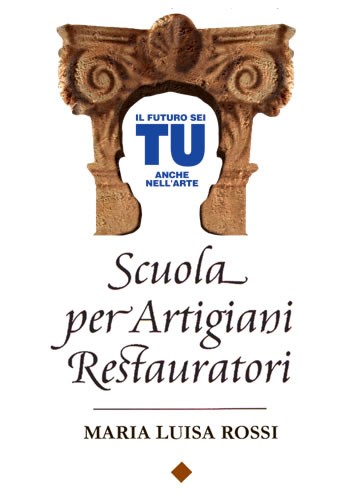 Registrations are closed for info write to info@scuolartigianirestauratori.it

Our Art School developed from Sermig interest in young people, from a wish to produce a spark of beauty within them and push them to commit for changing the world. Art becomes a language and a tool for opening to others and an opportunity to rediscover ancient professions and the pleasure of making. Our School is housed in the former saddlery shop of the arsenal, refurbished between 2009 and 2010, and it offers:

9 art and restoration labs
an applied chemistry lab
a multimedia room with audiovisual equipment
2 multimedia rooms for theory lessons
a specialised library
a technical and artistic drawing lab
a photo lab
an auditorium.

In addition to this, within Sermig complex we offer:
a self-service canteen
a guest house.

Our Art School for Restorers was founded on March 1994, thanks to an agreement between Sermig and APRA (Piedmont Restorer Organisation).
APRA had been searching for a long time for a partner that shared the need for an institution dedicated to the transmission of an ancient knowledge and profession, preserved since now in craft workshops, but threatened by current labour standards.

The first cycle of studies started on November 1997 and offered four-year courses. First year was dedicated to orientation and learning all the subjects taught in our school. After having chosen the favourite field, second and third years were dedicated to specialisation in it. Eventually, last year was a stage dedicated to in-depth study of the chosen field.
Our school used to be a private institution, but then we felt the need to receive a formal recognition from Piedmont Region, so that the certificates we issued ceased to have just a symbolic value, although prestigious, but would be recognised nationally.

The recognition of our Art School as Agenzia Formativa Regionale in 2000 pushed us to decide to change every year the courses we offer, according to the Directives of the Labour Market and the funding we receive from the European Social Fund.
All these changes, however, did not modify our initial aim of providing an environment similar to that of craft workshops in which artisans concretely teach their profession to their apprentices.

So, we do not offer just simple courses, but a real Art School for Restorers, with the double objective of both creating new work opportunities for young people and contributing to the safeguard of our artistic heritage, a treasure that, if not worthily protected, would gradually die. Since 2002, Sermig supervises the overall organisation of the School that, in 2009, was moved to the former saddlery shop of the arsenal, a newly refurbished 24.000 square metres building completely adapted to the needs of an Art School.