The rules of war and peace

The crisis between Russia and Ukraine is the end of a system.

We talk about it with prof. Edoardo Greppi, guest of the Sermig University of Dialogue 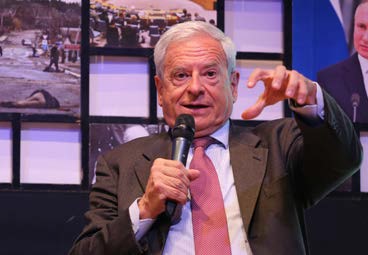 "I don't know what the new world order will be like, let's just hope it isn't the result of a world war like it happened in the last century". Professor Edoardo Greppi does not have a crystal ball, but he has no doubts about what happened in Ukraine: the ongoing war is a point of no return, the end of a system. He says it as a professor of international law, one of the leading experts in Italy.

Professor, what were the rules swept away by this war? Basically the order born after the Second World War. At the conference in Yalta, in February 1945, Russia, the United States and Great Britain with Stalin, Churchill and President Roosevelt decided the fate of Europe in the wake of what happened in the past, when after great wars the victors define an order consistent with their interests. It had happened in Westphalia in 1648, in Vienna in 1815, in Paris in 1919. The allies of Yalta, who called themselves the United Nations, decided on the new world order.

Based on what? The basic idea was "never again" a war with 50 million dead. They wanted to build peace, but how? Not with the limits of the League of Nations which had never renounced war, but through the organization of the United Nations which starts from the recognition of sovereign states, all considered equal, at least formally because some states, receiving a permanent seat on the Security Council, have a heavier weight. The idea was to ban the war through an organization capable of being the guarantor of this order. The use of armed intervention by a sovereign state against another sovereign state was thus prohibited. A very clear principle, violated by the war that began on February 24th. By attacking Ukraine, Russia has put itself out of international law.

There is therefore a system of rules also linked to war ... Law and war are not opposite terms, their relationship is ancient and solid. Beginning with the ius ad bellum right recognized until 1945, philosophers reflected on whether war was just or not, not that it was legitimate, because it always was. Much older is the ius in bello, namely that war needs rules. Since ancient times, man has felt the need to set limits, but only in the nineteenth century there are the first codifications with the St. Petersburg Declaration of 1868. The goal was to avoid unnecessary suffering, to use weapons not so much to kill but to prevent the fighters from doing harm. In the twentieth century a further step was taken, with the protocols of the Geneva conventions which regulate the rights of certain categories such as shipwrecked persons, prisoners of war and civilian populations. That is, the need to identify and distinguish between combatants and population, civilian and military objectives is established. These conventions have been ratified by all countries. Also from this point of view, what is happening in Ukraine represents a violation of international treaties.

Indiscriminate killings, Bucha's dead, many war crimes not yet known. Who can do justice? The international community faced the problem after the Second World War with the Tokyo and Nuremberg trials that put the leaders of the governments who had committed previously unimaginable crimes in the bar. It is interesting to discover the genesis of the Nuremberg trials. Only the Americans wanted it, unlike the British and the Soviets who would have preferred to execute the Nazis directly. However, we arrived at the trial that placed the framework of the crime against peace at the center. In order to try war criminals, it was necessary to identify the responsibility of those who had decided that war. From that first experience, we then came to the trials for crimes in the former Yugoslavia and Rwanda and finally to the establishment of the International Criminal Court in 2002. However, there is a problem: the court's judicial action is limited by the fact that USA, China, Russia, India, Israel and many others did not join. It will therefore be difficult to try Putin. We still have a long way to go.

Can the law be a way to achieve peace? Every war has an end and negotiations will clearly be needed. However, the differences in visions between the West and Russia are total: Putin does not only want Donbass and Crimea, but to build a new world order. And the horizons are open. On the one hand, the West must stop thinking of itself in terms of centrality. On the other hand, we need to reflect on the new balance with the United States which is a great economic and military power, China a great economic power and a medium military power, Russia which is a great military power but a medium economic power.

In such a complex world, what role can the UN play? Since the 1950s, everyone has seen the difficulties in the functioning of the United Nations and since then hypotheses for reform have arisen. It is a paradox, but in the aftermath of the Russian invasion, the Ukrainian ambassador to denounce the invasion had to ask the chairman of the Security Council, who was Russian, to speak.

The basic idea of ​​the United Nations was to ban war. Never again would one state have to invade another. On February 24 this principle was violated.

The differences in visions between the West and Russia are total: Putin not only wants Donbass and Crimea, but to build a new world order 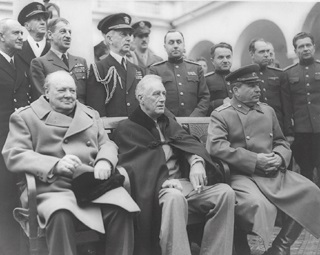