The return of the quiz 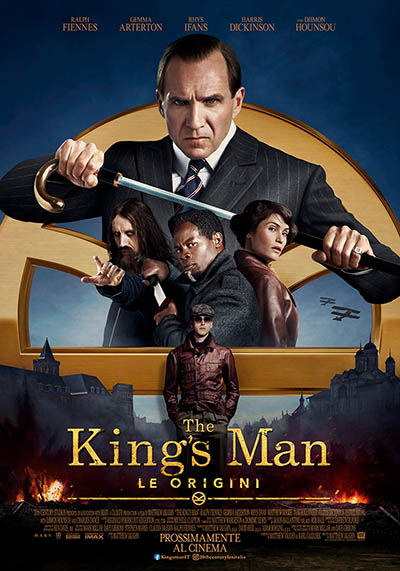 First of all: type The king's man | The origins on You-Tube and spend two minutes watching the trailer for the third episode of a popular hit saga, I Kingsman. But keep your eyes peeled and try to identify at least two Turin locations. (At the bottom you will find the answers). The project in question arises curiously from a discussion at the bar between designer Mark Millar and director and producer Matthew Vaughn, in which both complained that spy films had become "too serious" and planned to make "one as fun as the old Bond movies ”.

Millar then developed the idea in his comic miniseries The Secret Service, published by Marvel in 2012. The first film named just like the book came out as early as 2014 with actors like Colin Firth, Michael Caine and Samuel Jackson and mixes past and present in a mixture of special effects and eventful adventures of a phantom independent secret service company born in Europe in the 20s of the last century.

Given the success, a second episode immediately took off, joined by Julianne Moore and Halle Berry with Firth again the protagonist. The trailer in question relates to the third episode (Ralph Fiennes new hero) which will be released in theaters in September (fingers crossed in a quiet and "normal" autumn) and will tell the beginnings of the secret agency in the early 1900s and therefore at taken with the upheavals of a century ago in an increasingly fantasy story where Rasputin becomes the villain of the moment.

The film is admittedly a spectacular work and without excessive artistic pretensions but it could have interesting characteristics such as the close connection between two friends (the director and the designer) who worked together from the beginning to create a story without being able to to be betrayed or misinterpreted in the passage from the book to the screen (an age-old problem that recurs every time cinema meets literature).
Shooting for the film began in Great Britain in January 2019, and continued in Piedmont for two weeks between April and May 2019, after months of on-site preparation and pre-production.

To give an idea of ​​what productive effort is hidden behind a spectacular film of US production, about 100 Piedmontese professionals were involved on the set (out of a crew of 400 when for an average national production 70 are enough) and 1,400 figures (including 40 small roles entrusted to local actors) in mass scenes that in Italy instead are shot with caution due to the high budget required and the many technical complications to manage masses of people in time. Now it's up to you to sharpen your eyes and strip and locate the real settings behind the historical images and costumes. Here are the answers ...