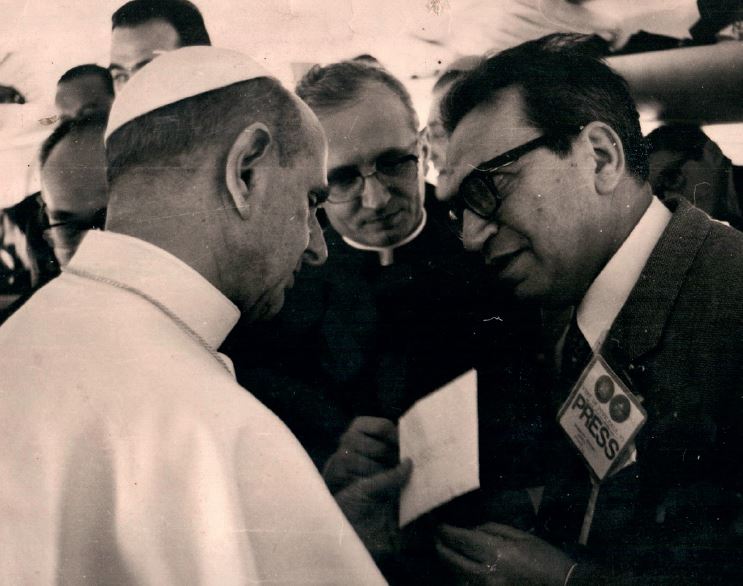 An hour after the start of the year 2021, my father died. His name was Domenico Agasso, on February 13 he would have turned 100 ("I was born under a Giolitti government, in 1921", he loved to repeat). He was a journalist and writer, editor of newspapers (Epoca, a Mondadori weekly; Expansion, an Italian-American monthly on economics; Our time, a Catholic weekly, later merged with La voce del popolo in La voce e il tempo), author of a History of Italy Mondadori in 8 volumes, biographer of saints (John XXIII, Paul VI, Don Bosco, Cottolengo, Allamano). First lay journalist at Famiglia Cristiana, in 1968, then editor-in-chief; collaborator of Jesus, The newspaper, Pastoral life.

Cardinal Ersilio Tonini told me that he had offered him, as president of the publishing house of the bishops, the management of Avvenire, the Catholic newspaper: he refused, for personal reasons.
The personal reasons were my mother and me: directing that magazine meant moving to Milan.
If many, in recent weeks, have fondly wanted to remember the journalist and writer - Marco Travaglio, Mario Giordano, Cristina Siccardi among his "pupils" - I have to remember his father. Reporting that he has carried out all the tasks always traveling, as a commuter, so as not to uproot himself and his family from a small village in the city of Carmagnola, called San Bernardo.
In a time without mobile phones and high speed, the train journey to Milan was a long stressful adventure (he never had a driver's license), indulging our will to live where we were born, and we had friendships, public life, interests, loves, sacrificing ourselves to to be alone in the big metropolis, to return home exhausted on Saturday afternoon, with an early morning restart on Monday morning.

It's okay to travel with the pope (he was among the first "Vaticanists", he followed all the outings in the world of Paul VI), to direct newspapers, to meet personalities. But our life - and his - his life was in San Bernardo di Carmagnola. And he has also given up on directing Avvenire, in order to remain among his friends at the Circolo Filodrammatico, three smoky little rooms near his home that have been his only social gathering throughout his life.
Going to live in Milan or Rome, and taking us with him, he would have earned his career. He remained in his village, never regretting it. Until the last day, with grandchildren and great-grandchildren.
I am grateful to him. Above all else.