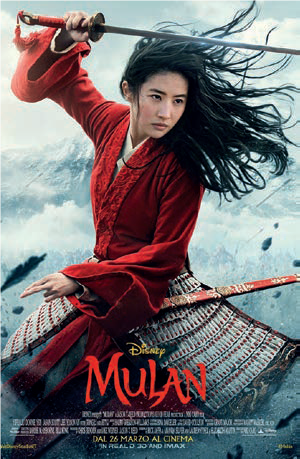 It is like autumn leaves on the trees. And nothing, I know that we must try to make a profession of optimism but it will be the weather and the health situation but the reference to Ungaretti and his "Joy of shipwrecks" seems inevitable.

Writing about the films that we will see in the hall is now increasingly a divination operation and it is easier to announce the films that we will not see in 2020 rather than the deserving and upcoming ones. Great titles with strong box office expectations are migrating towards the best days of next year: the new 007, the version of classic sci-fi Dune already directed without great praise by David Lynch and now by the talented Denis Villeneuve, the new film by Wes Anderson… here too the phenomenon is repeated and Nanni Moretti has preferred to desert the Venice Film Festival and wait for the release of his latest film Three floors.

It is now under the eyes of all economic observers that the film production system is not so much at risk but above all the distribution system. Among a thousand problems and different safety protocols, films and TV dramas are also being filmed in Italy (albeit with reduced numbers) and will be presented in due time but the question is where spectators will go to see the shows. There has been much talk of disaffection with cinemas in recent years and the crisis of recent months has exacerbated the situation to the benefit of online streaming services now owned not only by classic production companies such as Disney or sectoral such as NetFlix but also of companies like Amazon and Apple that have seen an opportunity for development towards streaming not only as a passing fashion but also almost the only way to enjoy the cinema show.

What will happen to the medium / small and neighborhood halls, to the workers in the shop? Will they close their doors, will they be acquired by large multiplex groups or even by streaming services that will also want to offer their most niche works in theaters?

Nobody knows of course. What is clear is that at the moment the best films will be streaming and therefore my advice can only go to online movies: from October on NetFlix you will be able to see The trial of Chicago 7, a social drama directed by Aaron Sorkin and two films for families that Disney has decided to screen only on the streaming channel without going through the hall: the remake with actors of Mulan and especially at Christmas the latest Pixar Soul film. In practice, the Christmas animated film will only be seen privately. It does not seem just a passing novelty like the 3d of years ago, perhaps here the change will be epochal.