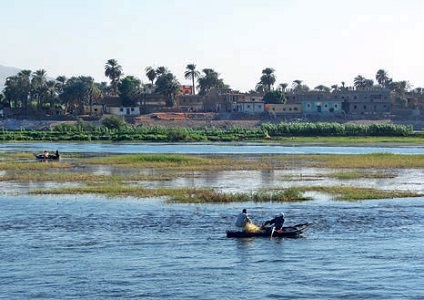 More than Covid, Africa has been hit by the consequences of a very severe social pandemic that is stopping the changes . It was experiencing a new season, in which the usual old problems (corruption, widespread misery, conflicts over resources, fragility of health services and education, water shortages) and new ones (jihadism, famine from climate change) were joined opportunities for development and hopes. For example, a pan-African space for free movement of goods and people was to be born in July, the effects of the digital technological revolution with the boom of smartphones (Chinese and made in Africa ones are very cheap) and that of green energy were expected to expand the access to electricity in rural areas. On the other hand, the closure of the borders has blocked everything and sharpened crises and conflicts, for example in the Central African Republic.

There are two situations that also worry Europe the most. In East Africa, Ethiopia is particularly observed , struggling with very strong internal ethnic tensions and which has decided to postpone the political elections due to the coronavirus. This has led to violence, especially in Oromia and in the State of Tigrai, the risk of an armed clash between the federal and local governments remains very high. Prime Minister Abiy Ahmed, Nobel Peace Prize winner for putting an end to the state of war with Eritrea after 18 years, is severely repressing the protests, but remains the guarantor for the West of the unity of the second most populous country in Italy. Africa in an area, the Horn, which is delicate for continental balances. So much so that, linked to internal tensions, the clash with Egypt and Sudan over the dam on the Nile remains, the subject of interminable negotiations. It is a complex conflict over water because Addis Ababa needs the waters of the Nile to fill the large dam it built in 4 years to have the electricity necessary for development and to allay ethnic tensions. Egypt and Sudan are asking to slow down the filling of the artificial reservoir otherwise the coastal populations will no longer be able to cultivate the fields. Isolation from a pandemic and the consequent rise in poverty have upped the ante and made dialogue more difficult.

Another corner of Africa that Covid has helped to inflame is the Sahel . After the atrocious massacre of 6 French aid workers by terrorists in a natural park an hour's drive from the Niger capital Niamey and their two Nigerian collaborators, the country has become a red zone. For years now, the area has been infested by various armed groups who target the population to flee them in the area of the three borders between Burkina Faso Mali and Niger. Today this risks becoming the epicenter from which the greatest migratory flows to Europe will depart. Despite the deployment of French soldiers and an international contingent that includes the Italian armed forces, terrorism seems to win also in terms of popular consensus because it offers illusory security to a hopeless population. This is demonstrated by the midsummer coup in Mali which took everyone by surprise. The army has overthrown a corrupt government unable to tackle the problem of jihadist terrorism that has taken control of various areas of the country.

Once again it is proof that weapons are not the answer to Islamic terrorism and the social pandemic, but the integral development of man that offers hope . We need a non-hidden agenda on the part of Europeans and credible, transparent cooperation. And it is above all we Italians who can play the peace card thanks to good humanitarian projects, to smart cooperators, to a supportive civil society. We are the first not to recognize the excellence we have, our cooperation and NGOs, even with their defects, are.