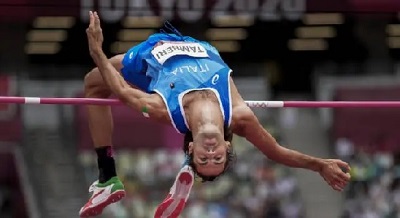 11 July and 1 August 2021: it will be difficult to forget these two dates, in a blue key. From the embrace of Mancini and Vialli, to that of Jacobs and Tamberi. From the Achilles tendon of Spinazzola, the point of arrival of a splendid adventure, to the Achilles tendon of Gimbo, the starting point of a 5-year-long resurrection. It is enough to outline an evolution in "made in Italy". From the land of saints, poets and navigators, within a very individualistic setting, we move to a new collective dimension.
Team play, also understood as the efficiency of a staff, around the individual, sublimated by the ability to suffer, in different ways. Both in the European Championships and in the Olympics, the blue heart beat strongly, always marked by the epic of heroes, and never by the egotism of stardom. It is very educational, and suggestive, moreover, when it is discovered that humility, a harbinger of victories, springs from a clear evangelical message. It is the one that overturns the earthly hierarchies, and puts the "little one" at the head of everything.

"Piccolo" is Tamberi, who 5 years ago returned the most modest of the high jumpers, due to the rupture of the Achilles tendon. And from "small" he becomes "great", because by dint of sacrifices, he gets rid of the plaster, continuously rises in altitude, and wins the gold medal. But, from "big", Tamberi returns "small", when he does not forget where he started from, and agrees to share the gold medal with rival-friend Barshim, who had suffered exactly his own injury.
Stories of tiny "mustard grains", which yield a thousand and one thousand times as much, growing immeasurably before God.

«What can we compare the kingdom of God with or with what parable can we describe it? It is like a mustard seed which, when sown on the ground, is the smallest of all seeds on earth . But as soon as it is sown it grows and becomes greater than all vegetables and makes branches so large that the birds of the sky can shelter in its shadow " (Mk 4,30-32).